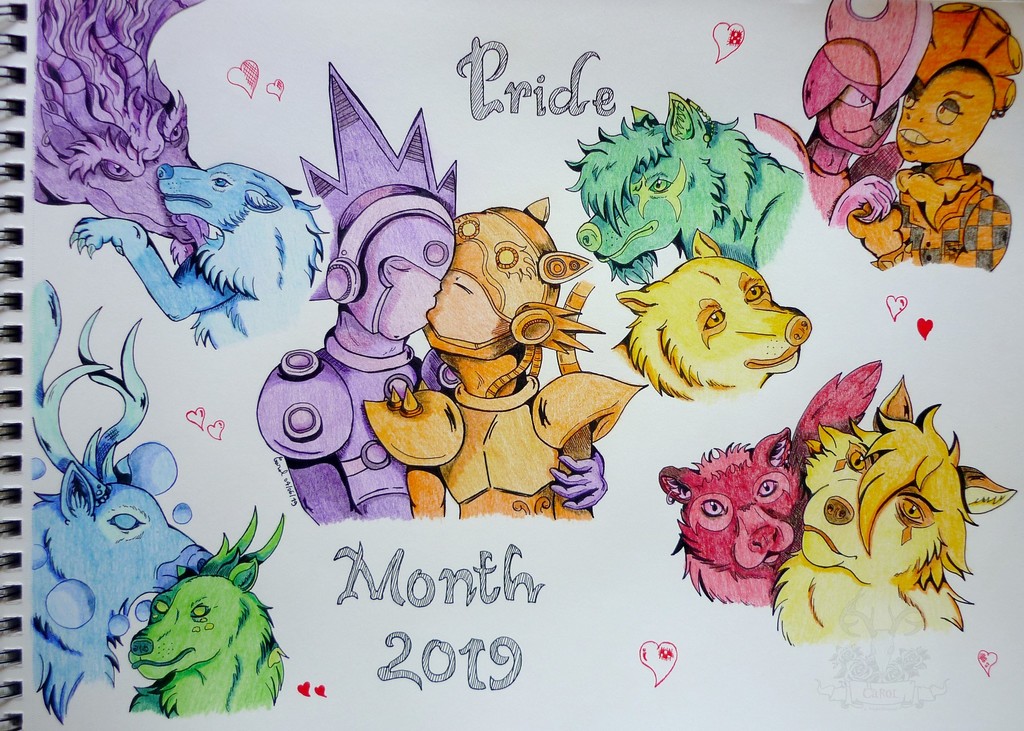 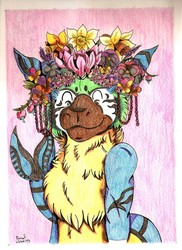 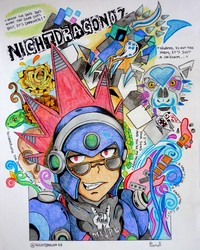 Happy #PrideMonth2019 ,and here is a drawing to celebrate it. I choose to draw my characters and more in the colors of the rainbow flag, symbol of the LGBT+ community.