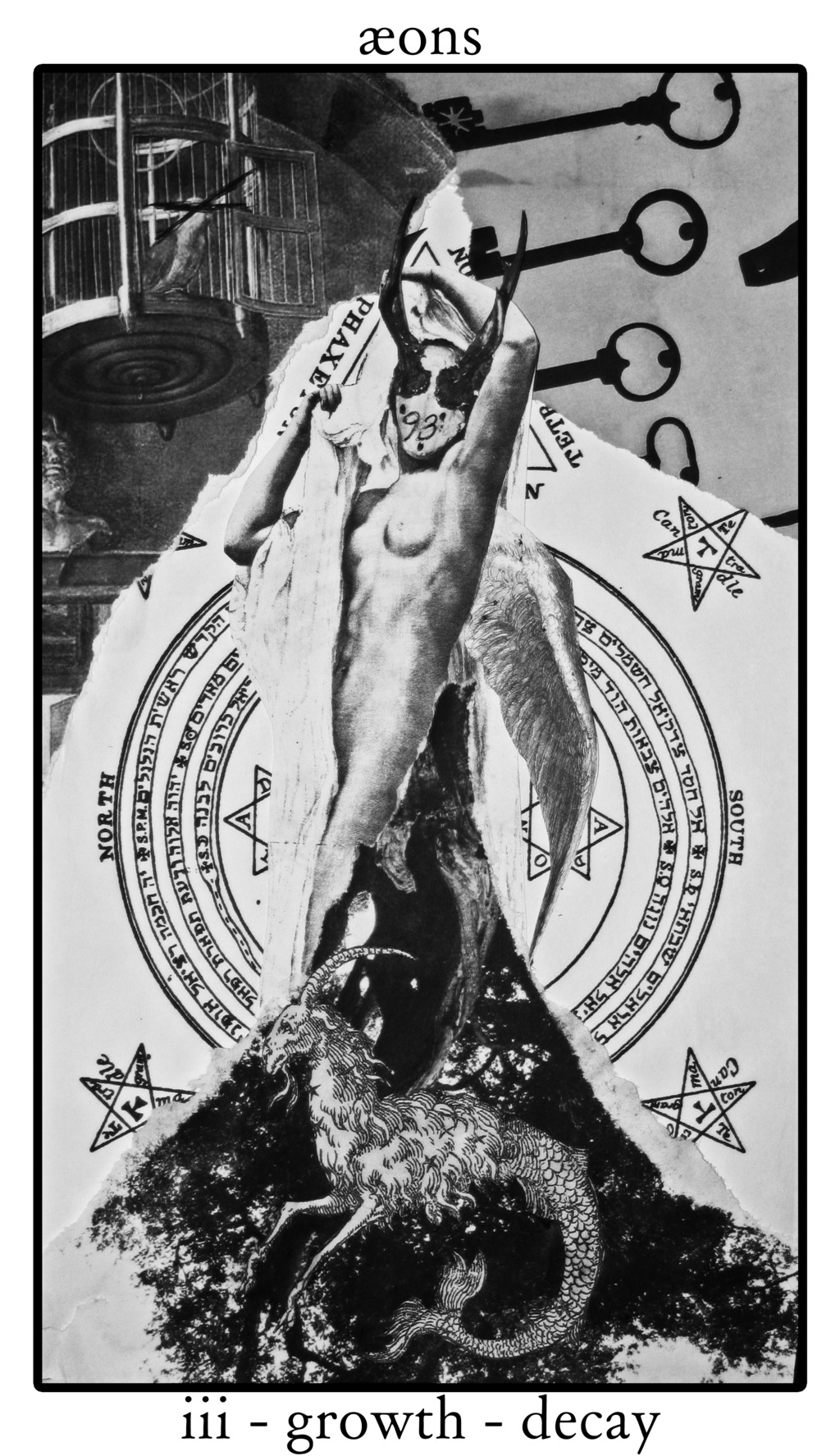 Several nights ago I had countless dreams meditating upon the theme of Growth / Decay. I had been one of many shrouded pale figures with ritualistic tendencies spending the nights on an exodus to black Jerusalem where even the stars in the night sky and the earth beneath our feet was darkened. Once there, I had seen spectral theater plays dedicated to the dead, and children examining the decaying corpses of long deceased animals out in the wilds. All was innocent and puerile at once in this blackened Holy city.

I had woken up from this nightmarish vision knowing that this would be the next card in my Æons arcana, yet I did not know how to represent the subject of simultaneous Growth and Decay. I saw these vivid dreams and nightmares as an initiative to return to the practice of shamanic journeying, a form of spiritual travel through the underworld to better understand matters in this one.

After a meal, I had taken rest and woke up, soon performing a banishing ritual I had learned from a volume on Austin Osman Spare. I laid down, took deep breaths, and slowly entered into trance state.

I saw myself at the edge of a forest at night, with a fox-hole right in front of me, entering into the earth. I called out for a spiritual guide, asking my question regarding the Tarot card. Soon, a goat with the tail of a serpent entered into my view and soon led me into the underworld. After some time of traveling in the dark, we entered a desaturated forest clearing where there was black earth and leaves on the floor.

I soon saw an angelic, winged being with the head of a six-point stag skull, hovering above the ground over a throne of blackened olive trees with white flowers. They came with an assortment of skeleton keys and birdcages, perhaps a symbol for unlocking oneself. After admiring their beauty for some time, I thanked them and dismissed them before entering the earth opening once more and appearing at the forest’s edge.

I said good-bye and thanked the serpent-tailed goat before soon waking up out of trance.