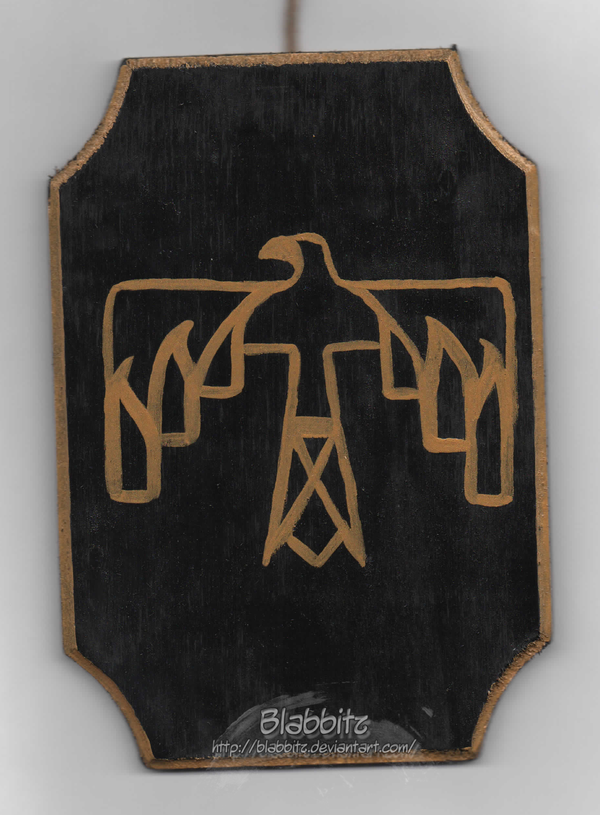 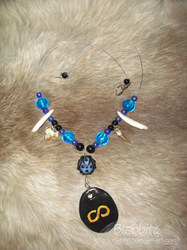 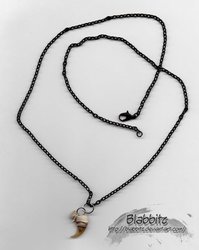 Beautiful one of a kind hand painted plaque based off of native american culture. Can be found for sale on my etsy shop here: www.etsy.com/listing/227442072/thunderbird-plaque

Thought I would try and boost sales on my etsy shop with a coupon code. From today till April 3rd you can get 25% off when using the code "SPRINGTIME" at the checkout on my etsy shop.

The Thunderbird symbol is one of the most dominant icons in Native American Indian culture and art. Descriptions of the thunderbird are found on totems, pottery, cave art, and in the ancient legends and myths of Native Americans. It is believed among the Lakota Sioux that if you had a dream or vision of birds you were destined to be a Medicine Man but if you had a vision of the Thunderbird, it was your destiny to become a sacred clown. The Thunderbird symbol is depicted in many ways and often features in pictograms. The thunderbird is the symbol of thunder, lightening and storms which are created when the thunderbird flies. The thunderbird is depicted as a large raptor like bird usually with curling horns, long legs, a long beak and a featherless head. Sheet lightning is believed to flash from its eyes when it blinks, and individual lightning bolts made by the glowing snakes or serpents that follows it. The thunderbird is depicted in masks as many-colored, with two curling horns and teeth within its beak.

This plaque is a 7 inches by 5 inches and is kiln dried pine that is painted with craft paint and then sprayed with high gloss and has hemp twine as strap for hanging on a wall.

Item will be shipped with USPS with flat rate box and or envelope and come with tracking number.

DO NOT USE, REDISTRIBUTE OR ALTER IN ANY WAY!

Image is copyrighted to Me, Jennifer 'Blabbitz' Hoffman