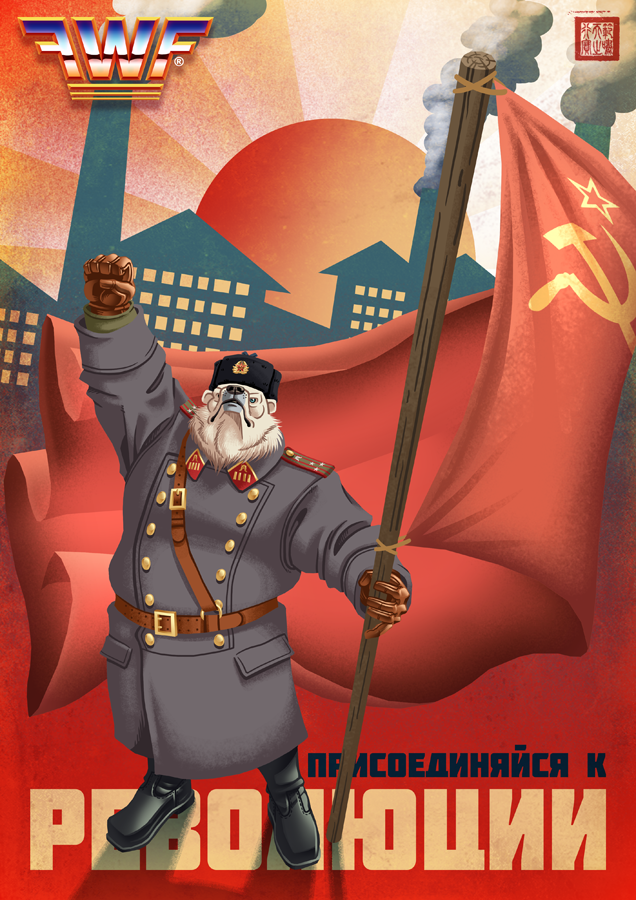 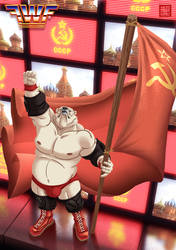 Once an ill-reputed high-ranking officer of the Red Army known for his ruthlessness and brutality in the battlefield, Comrade Petrov saw himself forced to flee his beloved Mother Russia to avoid being convicted for his many war crimes after the fall of the Soviet Union. Just as sadistic inside the ring as in his previous military life, his wrestling style favors the use of his outstanding physical strength, forcing his adversaries into throwing the match by mercilessly bullying and torturing them.

Comrade Petrov is a trademark of Feral Wrestling Federation®. All rights reserved.