Sot the youngling ash dragon doll - hug me! by BeastVoodoo 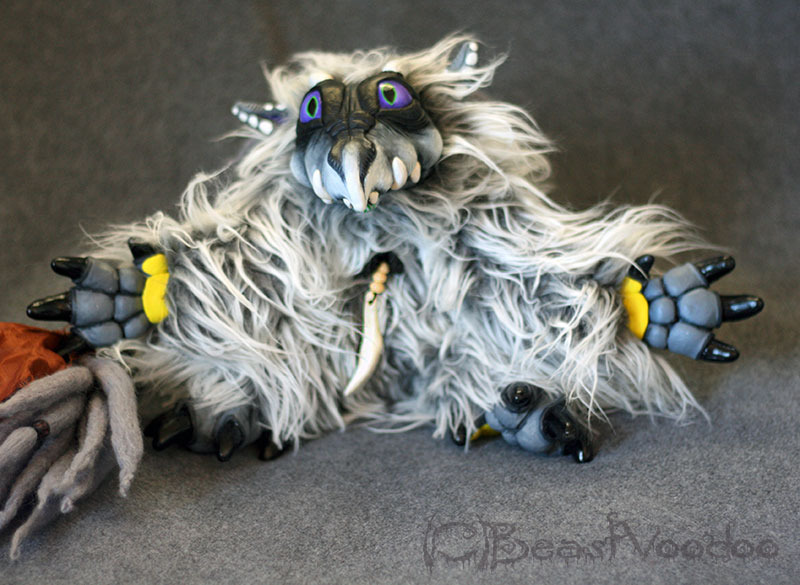 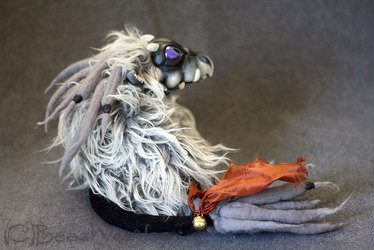 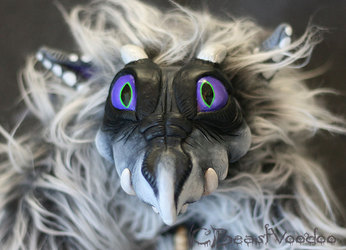 Sot is Norwegian for, well, soot! His egg was thought to be ruined, so he was left behind when the rest of the elder dragons went for more fertile grounds. A couple of days later he emerged from his egg and fell into a pile of ash and soot. This is how he got his colours. He is a bit of a loner, but you can see in his eyes that he is very intelligent. Sot just wants someone to hug him!

His amulet is made of quartz crystal rods, bone beads, buffalo tooth and chunks of real meteorite!

His body is made of faux fur and fleece with soft stuffing and pellets for weight. His head, ears, hands and feet are cast in resin from original sculpted parts. No skeleton inside, this is a soft doll. One of a kind.

Sot will be going with me to Desucon: Fantasy in Oslo, Norway the 13th of April! If unsold there, he will be up for grabs later.