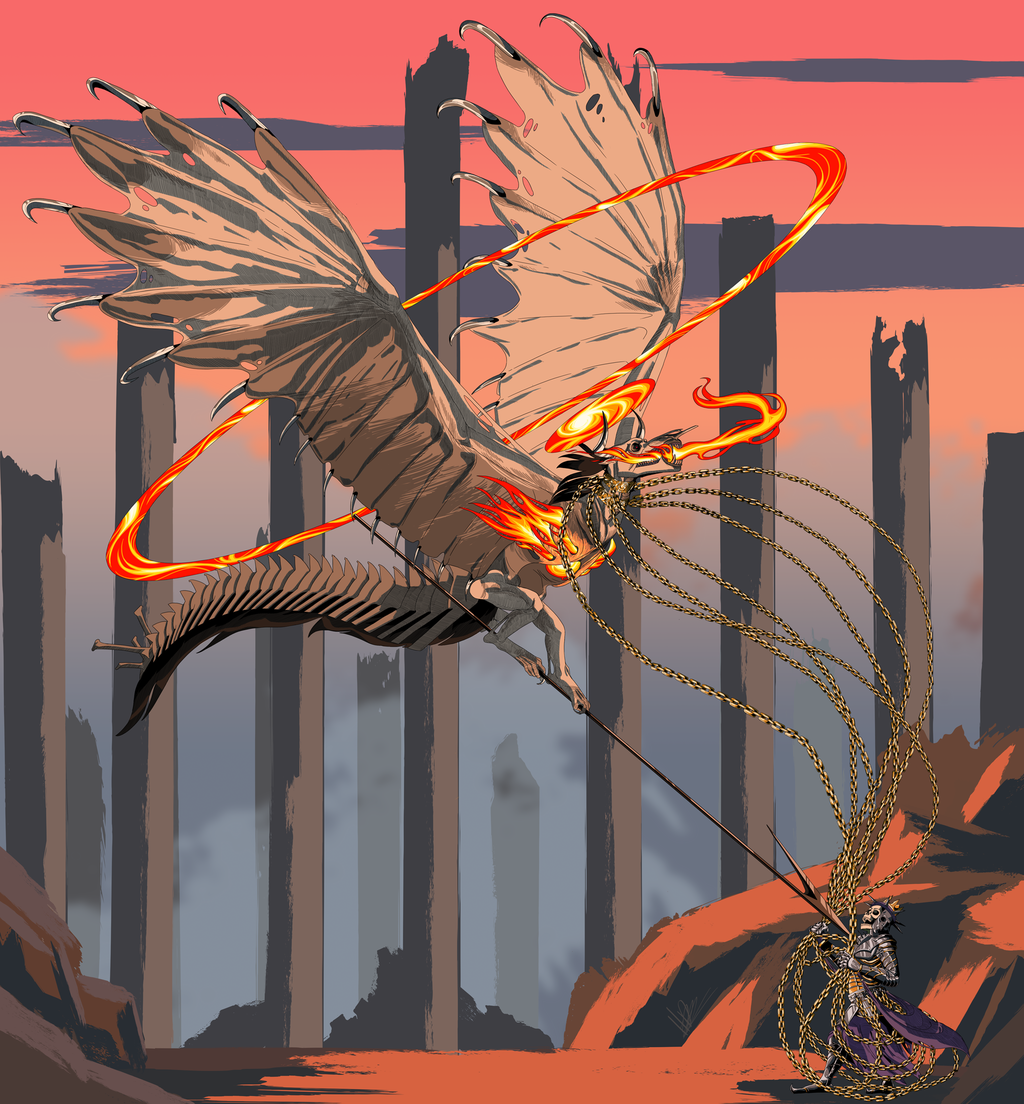 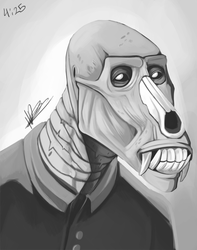 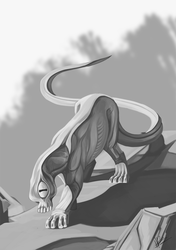 II
A great king once thought to capture the beast for their own. Each year they lashed a gilded chain to the creature’s neck, fearful it would flee.

As the years went on, the weighty chains dug into its hide and drove it to misery. The beast grew tired of the king’s jealousy and took wing.

“You cannot leave!” The king laughed, “You are bound to me no matter where you turn!”

“Fool!” The beast boomed as it circled overhead, “You may have stifled every route I make seek to take away from you, but ensured the swiftest route to my freedom is through you instead!”

Dread dawned on the armored tyrant, but they were too tangled in the shimmering restraints to flee. The devil’s wings pitched and lowered its pike, driving the fatal point straight through the king’s heart.

Finally finished this monster of a project. This had to be one of my more intricate cellshade projects, and it didn’t come out half bad. During the process the chains sort of made me a bit nervous in figuring out where to put them and how.

I have a breakdown gif and detail shots can be found on my tumblr, artstation, and twitter accounts.