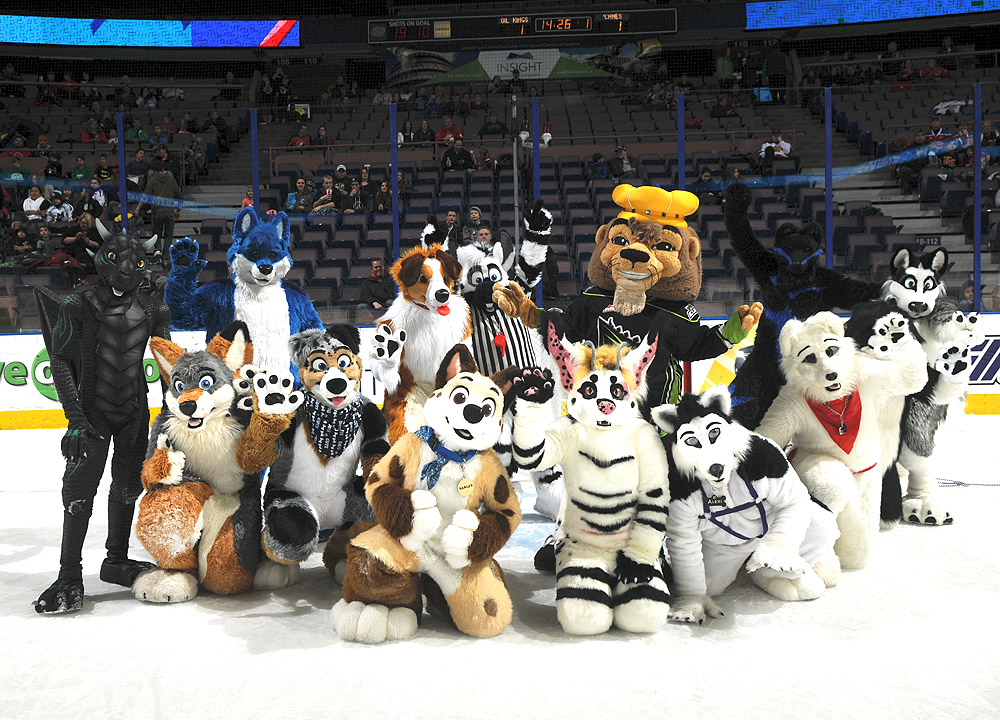 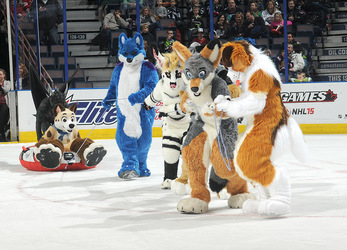 In early January, we were fortunate enough to participate in an on-ice intermission "race" called the Frantic Furry 500 at the Edmonton Oil Kings (the WHL team) game.

Louie the Lion (the one with the crown) and Barley squared off in two teams with the rest of the gang pulling their respective team captains in giant inner tubes from one end of the rink to the other.

This is the official photo from that night's festivities!