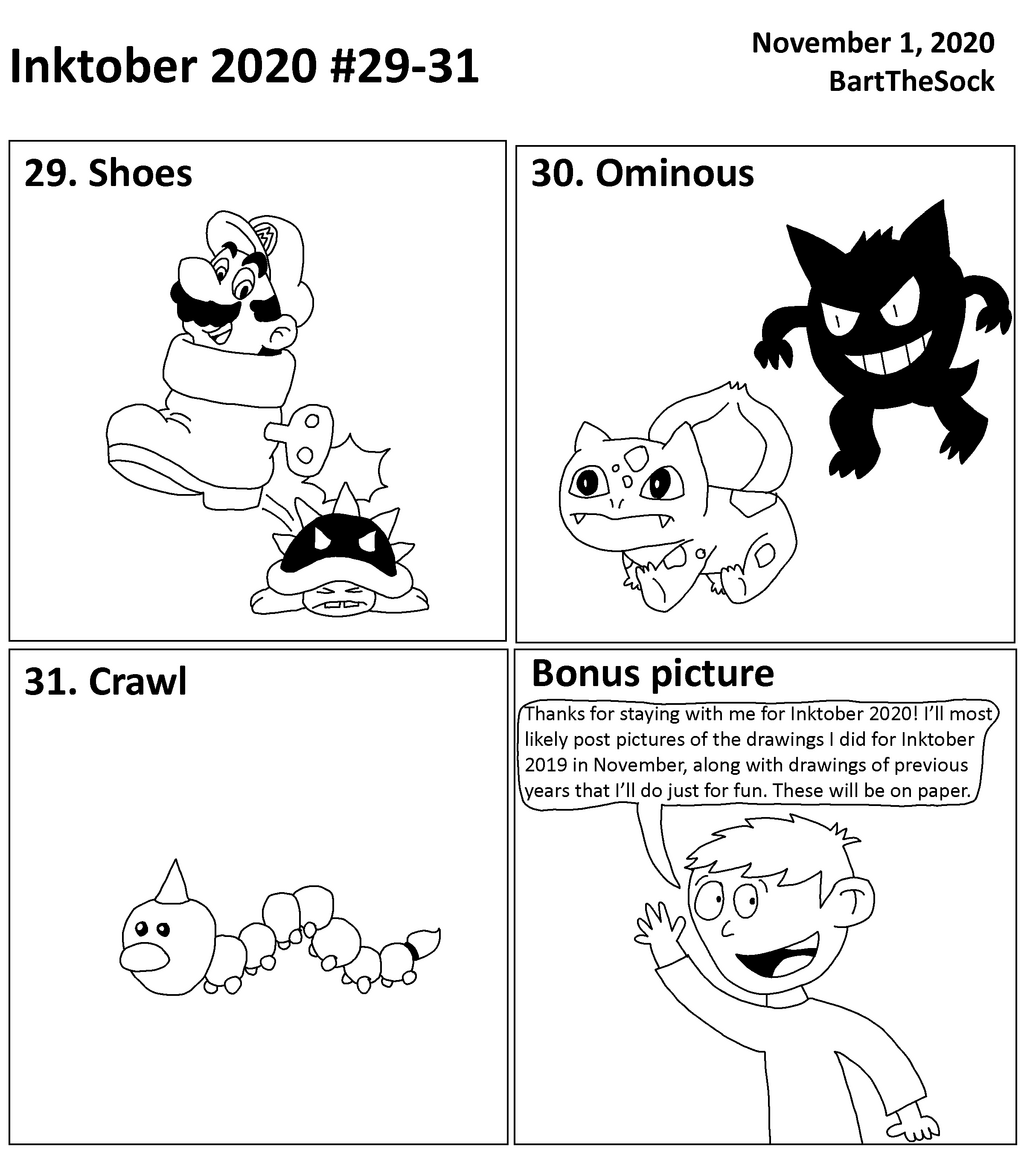 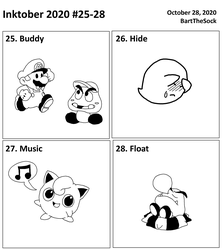 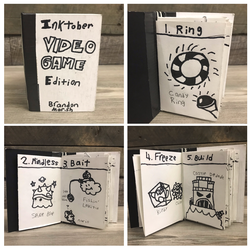 This one goes out with a bang (kind of), as I only traced the first picture. The other three I drew from memory (while looking at references for two of them just to make sure).

It's a bit late, but whatever.

Okay, so for anything else I do for Inktober, I'm just going to draw them on real paper with real pencils and markers (pencils as a guide in case I have to erase a part or something), because while digital things are cool, you could just as easily do paper and pen(cil) if you don't intend to color it. That's just me.

Plus, I already did Inktober 2019 for Drawing 2 class, and I think they were pretty awesome. I'll post pictures of those over the course of this month, along with Brandon's Life.