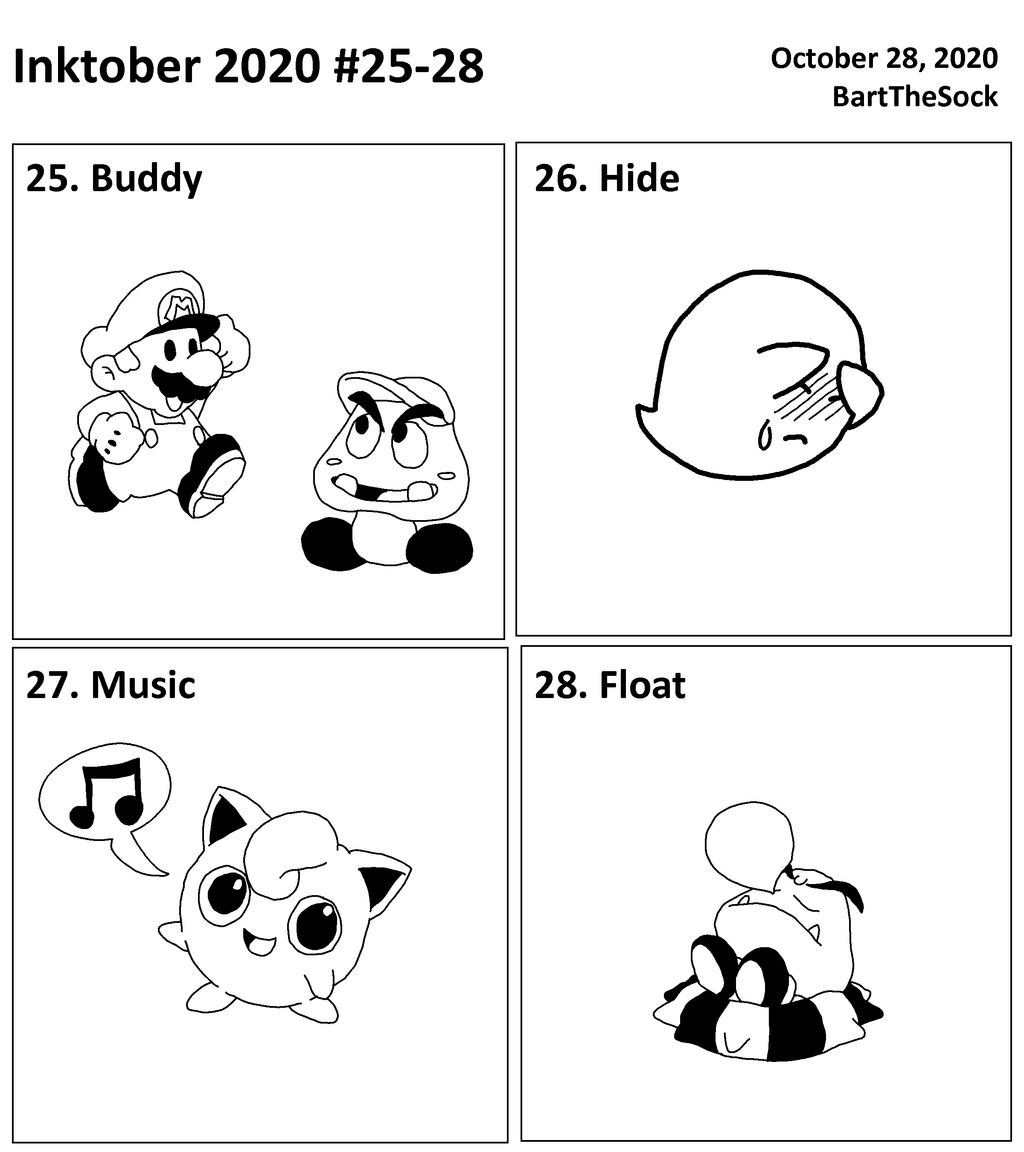 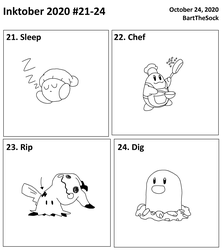 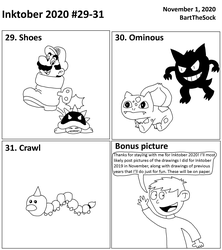 This one was once again done with tracing. Now that I think about it, it would probably be easier for me if I just sucked it up and did the pictures on paper and just scanned them. Doing them digitally is okay, but it doesn't really show my true talent if all I have time for is to trace already-existing pictures.

Oh well. I'll do the last one (on Halloween) digitally, but from now on, all prompts for Inktober, be it past or future, will be done on paper and scanned. If I can find a good scanner, that is.

The last one will be done on Halloween. Because there aren't 32 days in October, only 31, I will draw a bonus picture in the fourth square after #31.