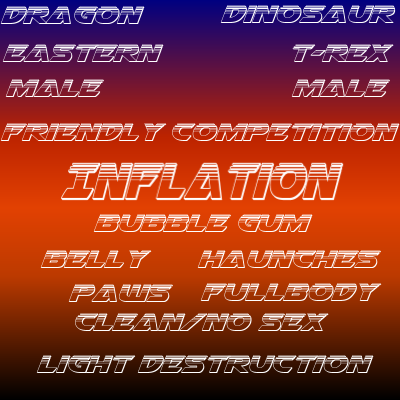 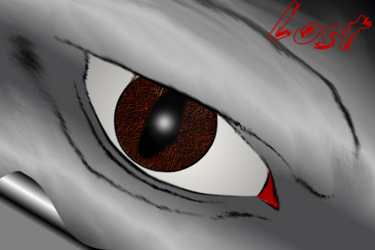 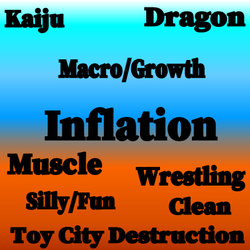 Yeahhh, I didn't get a whole lot of tags for this one, sadly. And a large majority of them were inflation based, so what I ended up doing was writing two stories. One that was much more inflation focused, taking all but one of the inflation tag, and the rest into this story.

This is that inflation based story.

Here is what to expect on this one:

-Inflation: Mostly focused on belly, but there is haunches, paw, tail, and fullbody too.

-Competition: Friendly, but if that does something for you...

-'Light' Destruction: not to be taken literally. They do not destroy lights

-This is also a Clean story as well. Though there is some bits that are suggestive, it's not enough to alter the rating. If you're looking for sex, it won't be here. Read Rex Overboard or something >>;

Anyway, I did what I could. I still might do one for April Fool's, but I'm not going to lie. I was really disappointed with only getting literally 4 entries in the two month window I had opened for this. If I get less than 5 posts across all sites again for another one of these, I'll cancel it and take the hint.