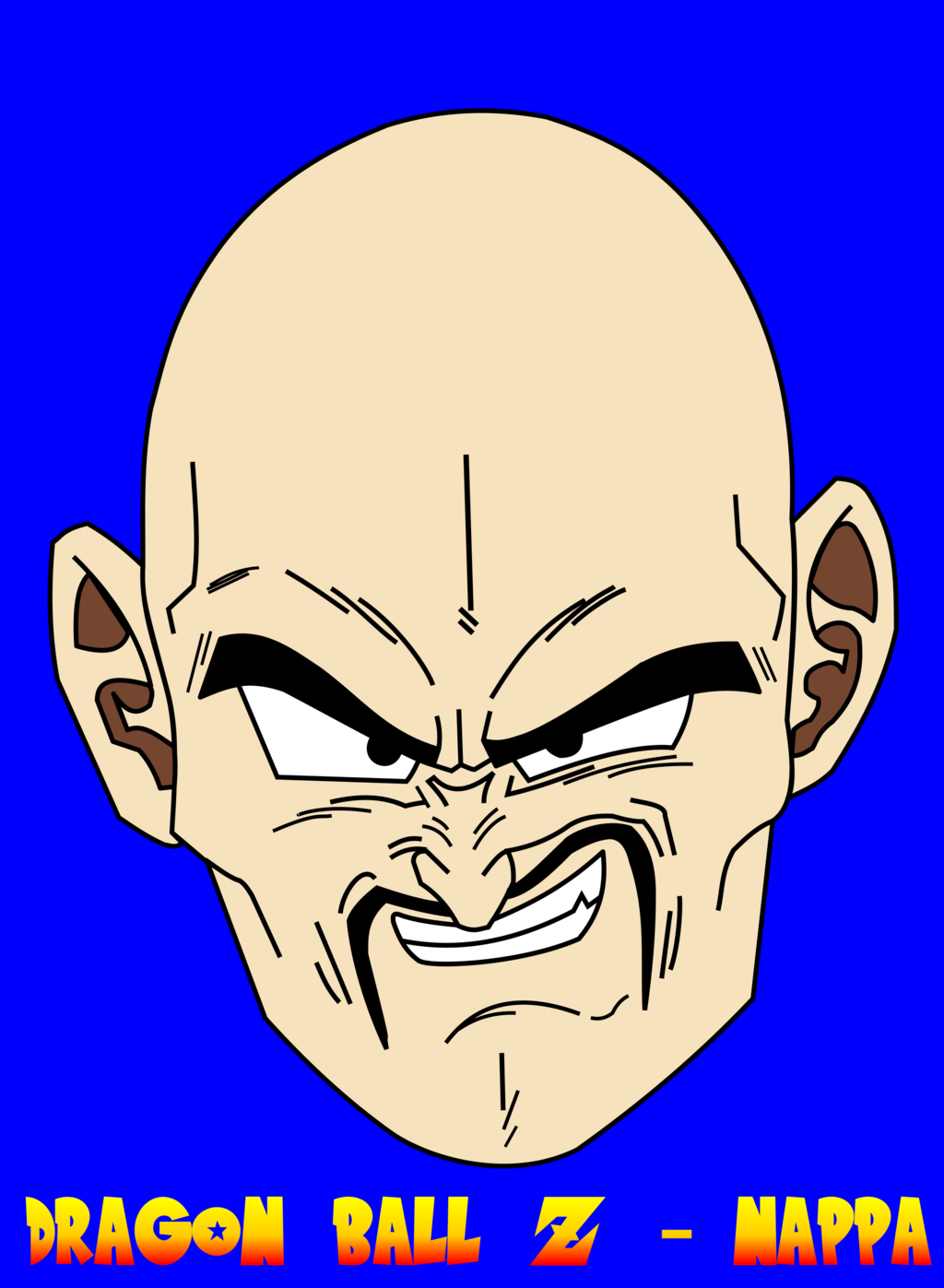 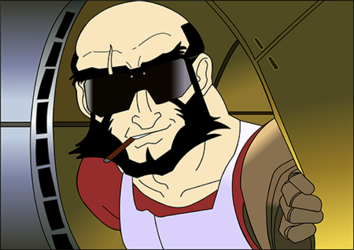 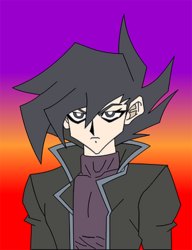 Hello to everyone and once again I am here to share some of my recent artistic progress and with great joy I present to all my latest drawings that I made in Inkscape and these drawings are colored versions of other drawings that I did on paper previously and this time I decided to color them to reinforce and remember the knowledge I acquired during a mini-course that I did about Inkscape.

The first drawing to receive a new update is from Nappa (Dragon Ball Z). This is my second drawing in which I just dedicated myself to drawing the face and now I have colored it in Inkscape.
It is not an exceptional and spectacular design, but I liked this practice of drawing because it was good for me to remember the knowledge about the use of Inkscape.

My traditional drawing practice of Nappa used as reference: https://www.weasyl.com/~baronfangerus/submissions/1906019/dragon-ball-z-nappa-2

More info about Nappa below:
"Nappa (ナッパ Nappa) is a mid-class Saiyan warrior from Planet Vegeta, and Vegeta's partner in combat. Prior to the destruction of Planet Vegeta, Nappa was the general of the Saiyan Army and aid/partner to the young prince, Vegeta. After his race's demise, he, along with Vegeta and Raditz, worked as soldiers directly under Frieza, which led him to Earth.
Nappa is the secondary antagonist of the Vegeta Saga.

Appearance:
Nappa is a tall and muscular man. Though his Saiyan genes give him the appearance of someone in their mid-30s, Nappa is approximately 50 years old when he is first shown in the series. At this time, he looks identical all the way to the time of his death; though his structure in his younger years shows him to be a bit slimmer. His thin mustache tends to change with each part in his life; as at middle age of 30's his mustache smaller in comparison than it is now; by the range of the Saiyan Saga, Nappa's mustache is slightly larger, longer, splits into two sections (noting he tends to shaves his facial hair on occasion) and then it grows back fully during the year one radius to Earth.

Personality:
Nappa has quite a destructive personality and loves demolition to an extreme level. When arriving on Earth, the first thing he asks Vegeta is if he can destroy a town. When taking time off to wait for Goku, Vegeta allows him to destroy as many things and places as he wants (in the anime only), as long as he does not waste enough energy to break a sweat. Nappa proceeds to demolish an entire Navy fleet division as well as an aerial raid, smashing through many jets and helicopters before leveling a slew of ships. Despite this, however, he usually congratulates his victims when they utilize attacks that come close to killing him, as evidenced when he congratulates Tien Shinhan on his use on a Spirit Tri-Beam that shattered his Battle Armor, citing that, had his aim been better, it would have severely injured him.
Nappa also has a very cocky personality, as he enjoys toying with his opponents. Nappa is somewhat sadistic, and his sadism is strongest by far towards Goku, and he repeatedly voices the intention to kill Goku's friends and son before his eyes as revenge for his treason towards his own race (by siding with Earthlings instead of the Saiyans). He tends to fight first and makes use of his brawn more so than his brain. However, his great ego would immediately vanish the second someone causes him a bruise or scar, and would decide to kill them slowly and painfully as a result. He is, in this instance, vain to the extent that he feels his appearance should remain unscathed (though in the Japanese dub, his rage against Krillin is fueled by the blow to his pride over being wounded by a much weaker opponent). However, he would still eliminate anyone as quickly as possible when losing patience with them." - Source: Dragon Ball Wiki