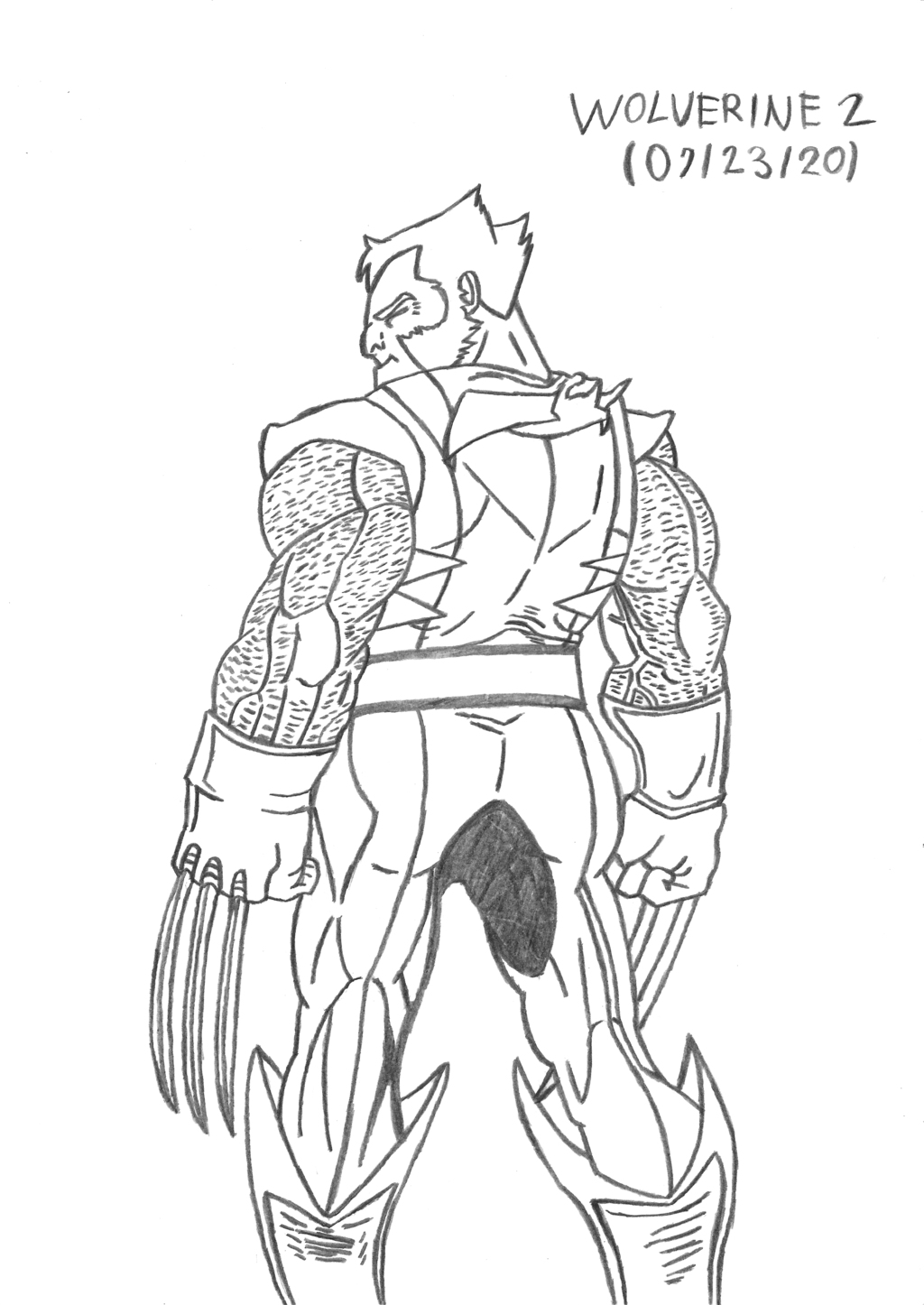 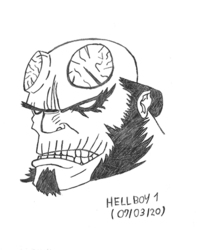 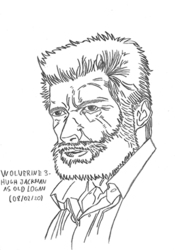 Here is the second drawing I made recently and this is a drawing of my beloved Marvel Comics stud, Wolverine.
This is also another drawing that is not originally mine, but it is an observation drawing that I made based on the original art called 'LOGAN' by the artist Jolly Boy.
From now on, I apologize to the artist Jolly Boy, if what I did offended him and so he wishes, I can remove the drawing I made based on his original art.

I did this drawing as a hobby until some idea of something interesting to draw came into my mind.
I was researching good reference images to try to draw Wolverine and I found this amazing art by the artist Jolly Boy and I was really excited to use it for an observation drawing practice.
The drawing is almost a faithful representation of the original art created by the artist Jolly Boy without major changes.

Wolverine is my favorite Marvel Comics character and I fell in love with him when I first watched the movie 'X-Men' with Hugh Jackman being Wolverine and since then my love for the character has grown and flourished.
I researched and read what I could about the character and he became one of the men who make up my harem!

Please comment and share the original work of Jolly Boy, the links are below:
Logan by Jolly Boy: https://jollyboysessions.blogspot.com/2013/07/logan.html

More info about Wolverine below:
"Wolverine (birth name; James Howlett; alias; Logan and Weapon X) is a fictional character appearing in American comic books published by Marvel Comics, mostly in association with the X-Men. He is a mutant who possesses animal-keen senses, enhanced physical capabilities, a powerful regenerative ability known as a healing factor, and three retractable claws in each hand. Wolverine has been depicted variously as a member of the X-Men, Alpha Flight, and the Avengers.

The character appeared in the last panel of The Incredible Hulk #180 before having a larger role in #181 (cover-dated Nov. 1974). He was created by Marvel editor-in-chief Roy Thomas, writer Len Wein, and Marvel art director John Romita Sr. Romita designed the character, although it was first drawn for publication by Herb Trimpe. Wolverine then joined a revamped version of the superhero team the X-Men, where eventually writer Chris Claremont and artist-writer John Byrne would play significant roles in the character's development. Artist Frank Miller collaborated with Claremont and helped revise the character with a four-part eponymous limited series from September to December 1982, which debuted Wolverine's catchphrase, "I'm the best there is at what I do, but what I do best isn't very nice."

Wolverine is typical of the many tough antiheroes that emerged in American popular culture after the Vietnam War;: his willingness to use deadly force and his brooding nature became standard characteristics for comic book antiheroes by the end of the 1980s. As a result, the character became a fan favorite of the increasingly popular X-Men franchise, and has been featured in his own solo comic book series since 1988..." - Source: Wikipedia.