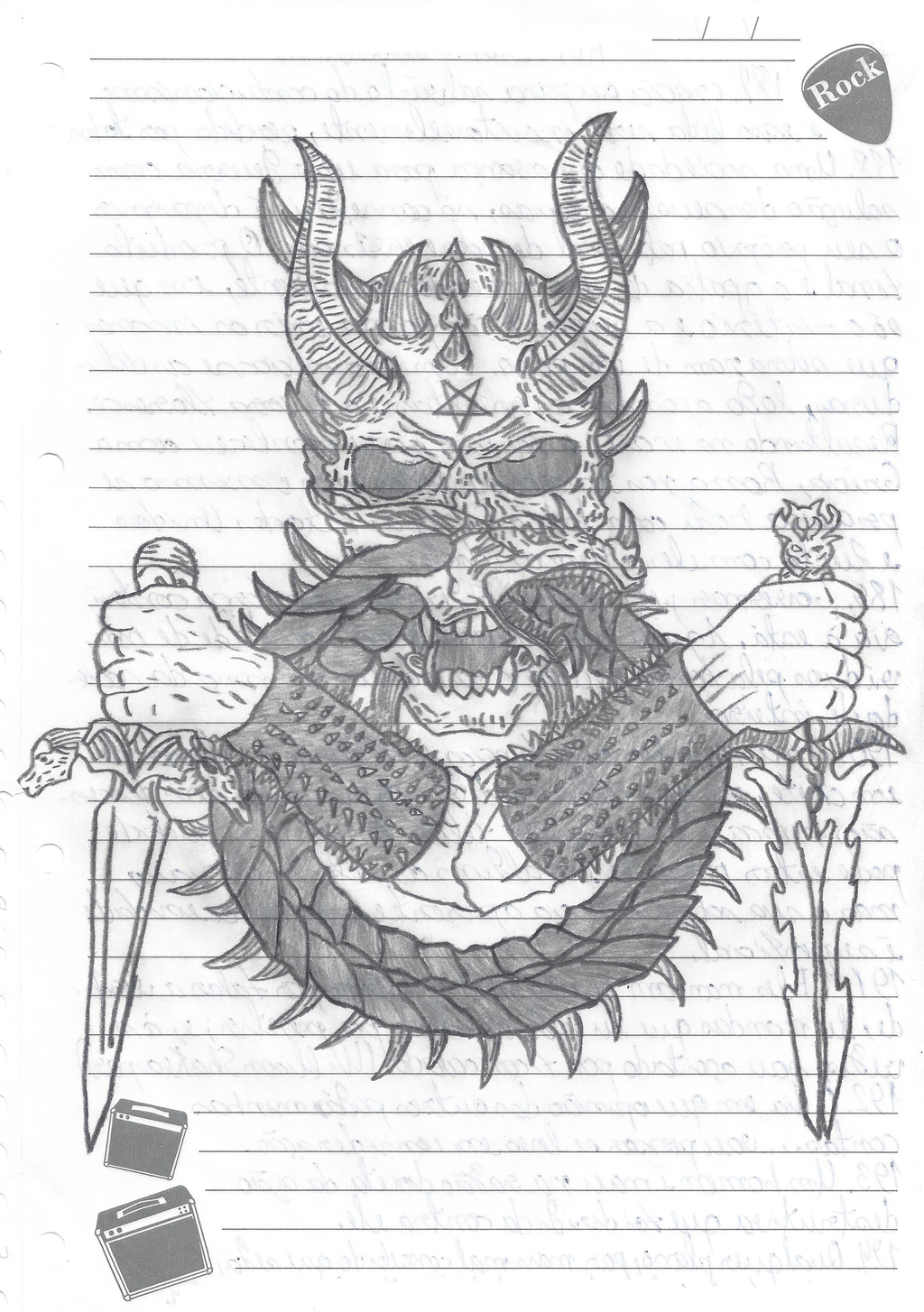 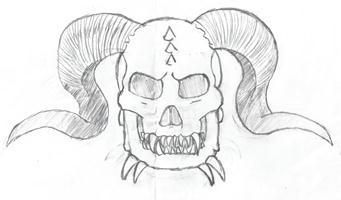 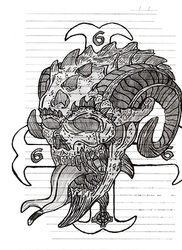 This is a drawing I made many years ago when I was much younger. Yesterday I was looking through my trinkets for some of my old notebooks and looking for some old drawings that I made that might be interesting to add to them here in my gallery, so this is one of my favorites.

The design isn't something original or anything, it's just a fanart I made from artwork by artist Black Death Sign for a black metal band.

The figure consists of a ouroboros in the center with hands that are inside the ouroboros carrying daggers, and above the ouroboros there is a horned skull and an inverted pentagram drawn on the forehead.

More info about Ouroboros below:
"The ouroboros or uroborus (/ˌ(j)ʊərəˈbɒrəs/, also UK: /uːˈrɒbərɒs/, US: /-oʊs/) is an ancient symbol depicting a serpent or dragon eating its own tail. Originating in ancient Egyptian iconography, the ouroboros entered western tradition via Greek magical tradition and was adopted as a symbol in Gnosticism and Hermeticism and most notably in alchemy. The term derives from Ancient Greek: οὐροβόρος, from οὐρά (oura), "tail" + βορά (bora), "food", from βιβρώσκω (bibrōskō), "I eat"." - Wikipedia.