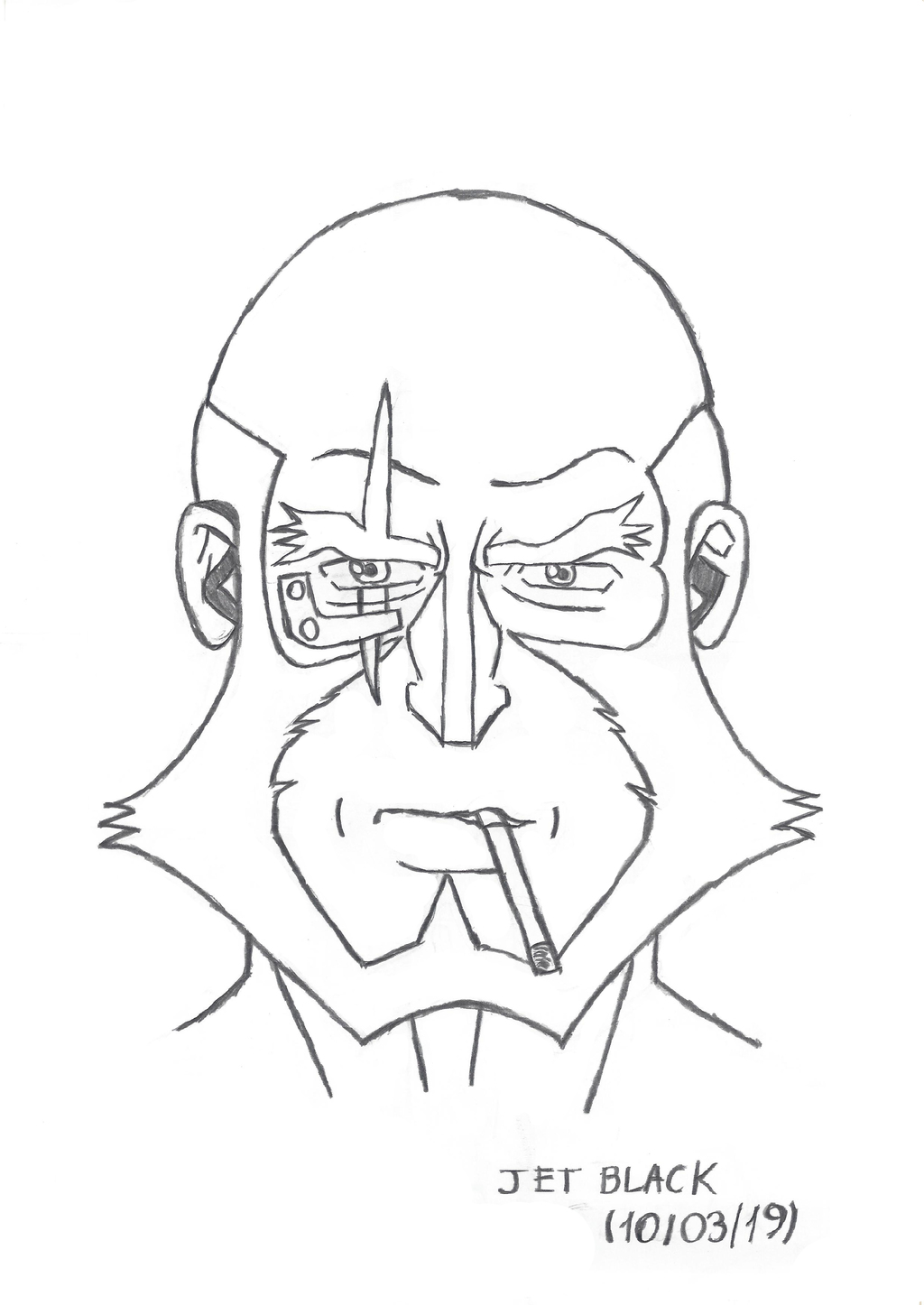 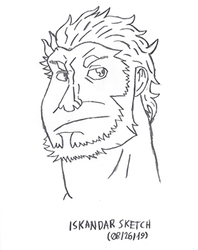 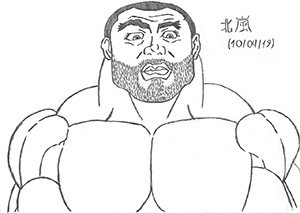 I finally closed my Digimon adventure for now, and now I'm heading into the manly universe of the most irresistible anime and manga men that I enjoy.
To start the list of men who have won my heart, here is the first of them, Jet Black from the 1998 anime/manga Cowboy Bebop released by Sunrise Studios.

Jet Black is one of my favorite types of men, as he has a bulky and big beard, bald head, investigative and mature look, and a perfect MACHO DADDY personality that always drives me crazy!
Jet Black is by far my favorite character because he is not only the captain of the Bebop spacecraft, but he is also the man who has a duty to be the brains and rational voice of the group, as well as being almost the father of everyone. He cares deeply for his partners, tends to help them constantly even if they don't ask for help.

Cowboy Bebop was an anime that I met recently, but I fell in love with the atmosphere of the narrative that uses the most diverse artifices of cinema and music to build a plot that mixes horror, adventure, romance, sci-fi and more in one production...
There are few artistic productions around the world that can reconcile so many literary genres within the same production.

I had a lot of fun drawing Jet Black and hope to be able to repeat the dose in the future.