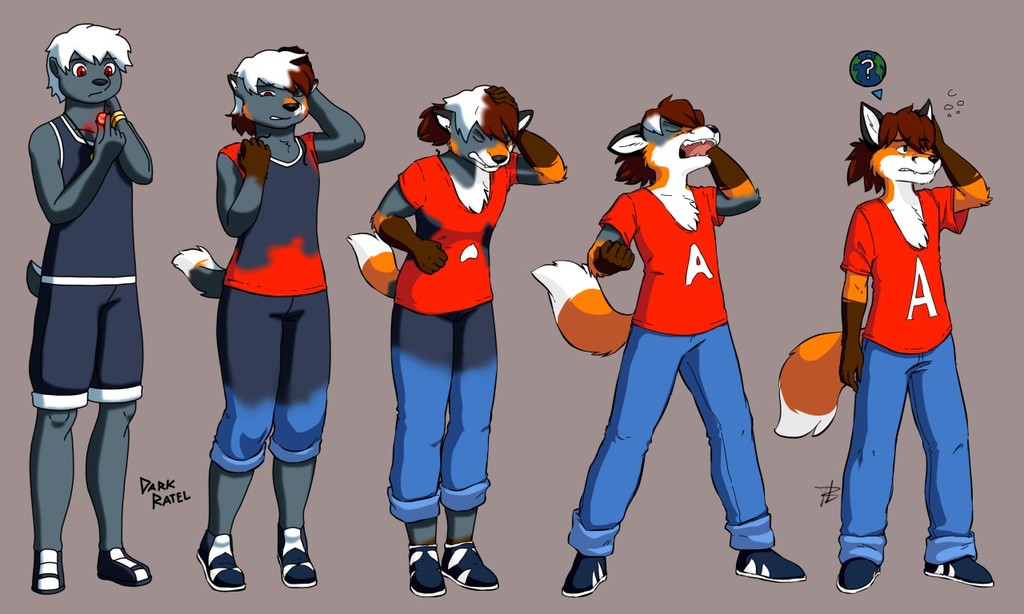 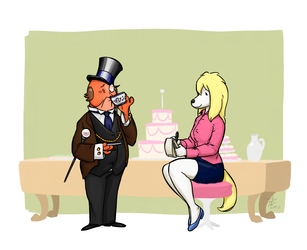 A little collab I made with DarkRatel; he drew his character Mielo and I drew A., then merged the drawings together as the different styles also gradually change from his into mine! :D

A weird little orb appeared in Mielo's house, one day; the little red orb was, in fact, the essence of art itself! Mielo was a well distinguished artist, and that peculiar marble manifested itself in his home seeking artistic genius. Its protector, A., created it as a projection of himself, but there was no way of contact between A.'s universe and Mielo's world, so the globe glowed hot red, and started agitating: Mielo felt a tingle in his hands, while the orb was assimilated into his body, the hair and clothes began to shift in colors and shape, and a migraine kicked in. After the transformation, which didn't take very long, all there was in place of the mustelid was a foreigner, and A. the fox thought to himself where in the world was he!