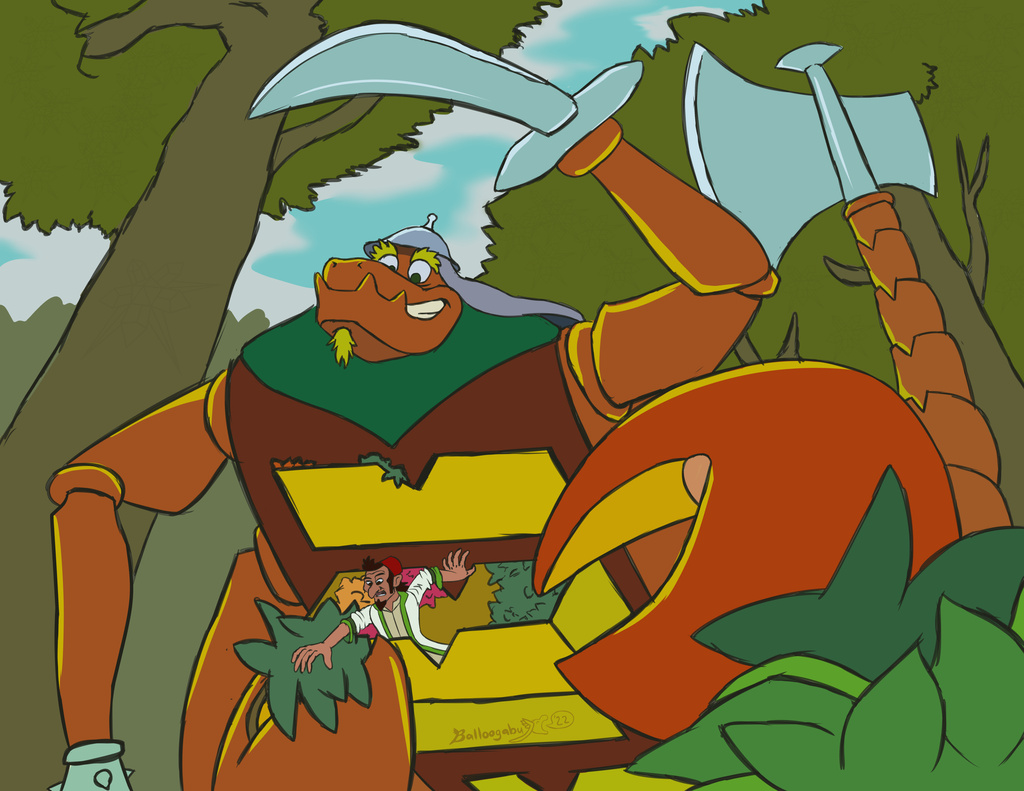 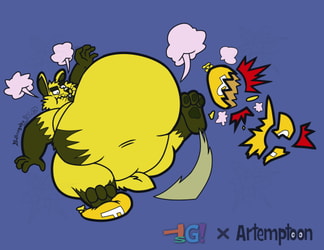 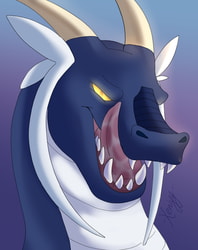 "Ok kiddies, we're going to need lots of ingredients and I mean A LOT! And this here Giant Gig potion is getting kinda old, so we might as well have some fun. I'll tears a path trough this dense rainforest and also gather some of these here plants. They seem quite rare. I could probably get us out of our little predicament. Just do me a favor and help organize them a bit."

Birthday Boy Draco-Rex has been having us watch this weird cartoooon called "Farhat: The Prince of the Dessert". It's by the same people that made the animated moovie... gulp... "The Legend of the Titanic" and "Tentacolino"! MONDO ENTERTAINMENT 😅

It's ok. I've trained for these levels of cheesiness. The main characters just do whatever they want, and Mondo keeps putting more, and more, and more into their cinematic uuniverse! Hmmmmm good times. We're going to skip the second season of Farhat though.