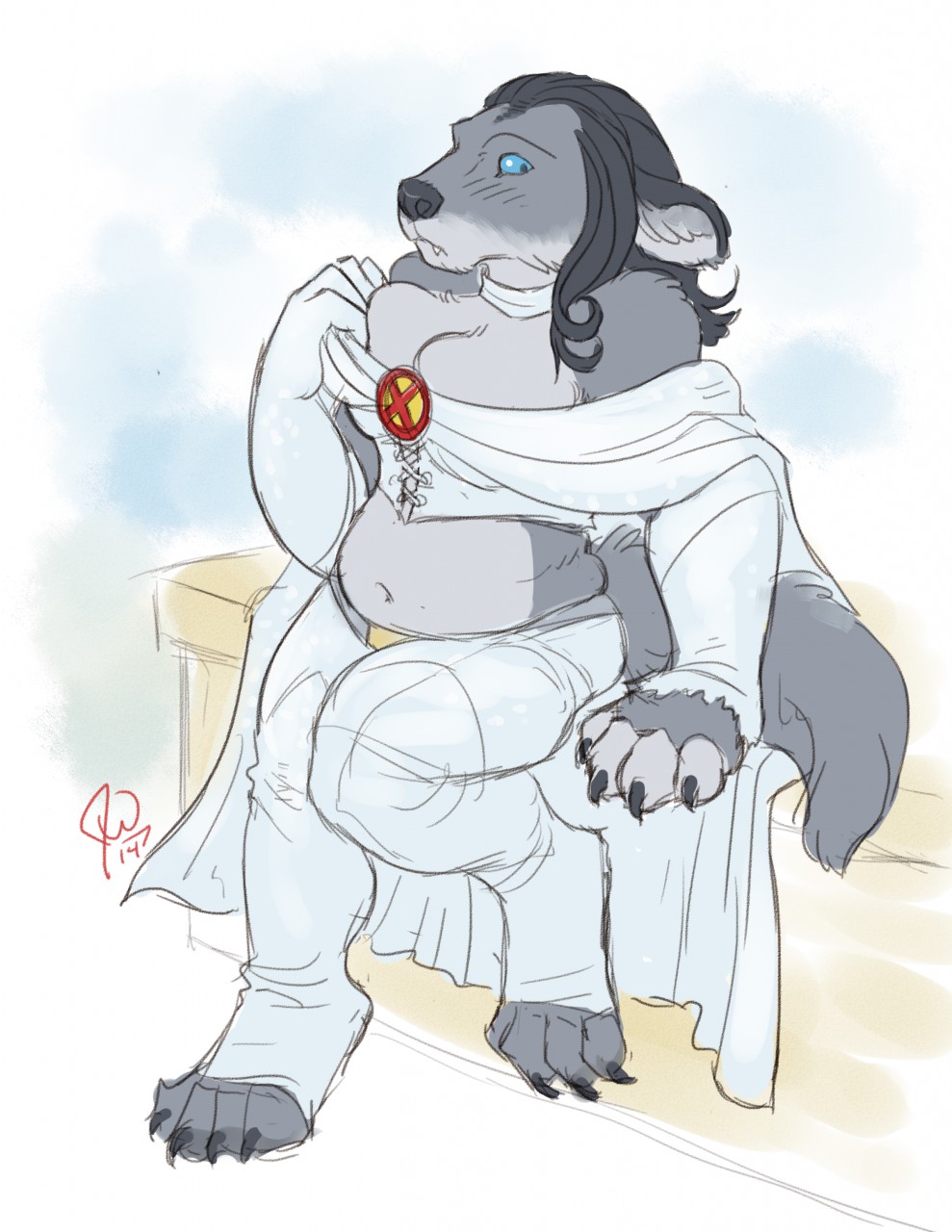 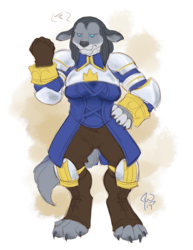 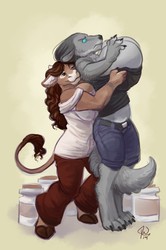 After finally admitting there was no way she was going to make her previous outfit work, Balina rushed back to the store to return it. They only had the one outfit left in anything resembling her size, so she bought it and hurried back to be change before the party that everyone was clearly dressing up for.

...And she's already wrecked the deposit 'altering' it to 'fit' her paw. Crap.

This was a glorious exercise in hilarity. Originally, I was concerned that AmberAria's cosplay stream wasn't going to sell all of its slots, so I drew up plans to buy any remaining slots on Sunday. When Sunday rolled around, there was one slot left and I came up with the idea that I'd just roll a 1dX, where X was however many X-Men that the chat could name off. Then immediately proceeded to ask Amber if I could reserve the slot anyway, because it was the best idea I had all week.

The chat managed 53 names. Amber rolled, and got Havoc. While this was funny, as the slot after mine was someone dressed as Cyclops (apparently they are siblings), Amber re-rolled and we got Emma Frost. "Perfect," I thought. "That sounds like some kind of ice mutant, and that's totally something for Balina!" Then I hit up GIS; I think maybe half the results were traced from issues of Playboy. I was doubled over laughing the whole time, and I am amazed that Amber held her shit together long enough to draw this. At least we didn't roll up The Blob...