Stephanie spreads the love (2/7) by Balina 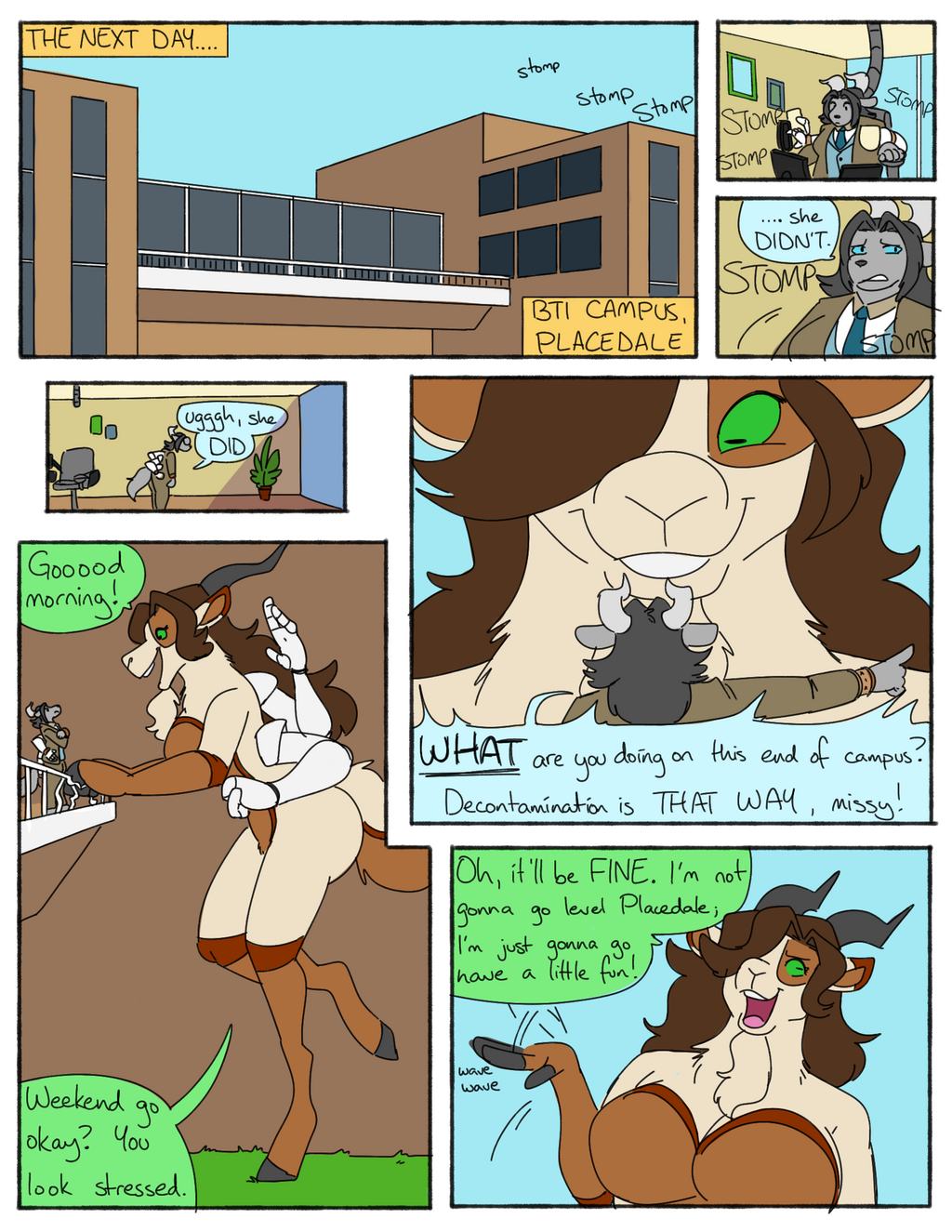 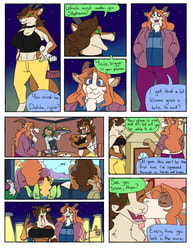 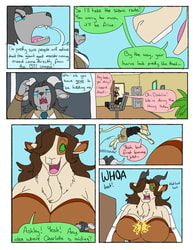 Even if this gallery makes it easy to forget, Balina Mahigan does actually spend most of the work week keeping the Balinological Technical Institute running smoothly. When settled in and hooked up, she might be the busiest woman on the planet, at least in terms of manhours of work performed per hour.

After returning from another reality, it's common to still bear some of the adaptations and/or changes one picked up abroad. Staff are required to spend time in facilities colloquially called "decontamination" while their bodies revert back to normal. For all but the most extreme changes, this typically takes less than 24 hours.

Dahlia tends to take much longer than most to shift back, and it's hard to stop a three-story woman from going wherever she wants. Especially not one that has both Dahlia and Stephanie's playfulness stacked on top of one another.

(In hindsight, it seems preposterous that Dahlia could have managed to pull this off; Balina would have reviewed the lab usage records shortly after clocking in, and there are hundreds of mechanical eyes between the macro-scale decon facilities and the administrative building. Just assume that Dahlia had some help, and moved very fast. She's a freerunner, after all. The sheer thrill of doing so might also account for how she's much, much larger than she was when she said goodnight to Stephanie.)