Dahlia takes matters into her own hands by Balina 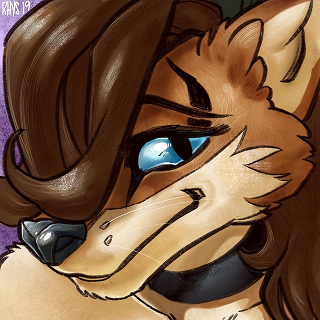 Me, to me: "Okay. So the job isn't vanishing for at least another few months. Stay on your guard, but you don't have to snap your pursestrings completely closed."

Me, stars in my eyes: "Alright, but. Have you considered: big Dahlia?"

My entire attention: "Those hips would jam doorways if they weren't steadily creeping higher than the frame. She was very careful to leave those two distinct gouges on the ceiling on her way out, too. It's hard for her to hide a giggle at her size."

"You know full well, as does she, that in a few minutes she won't fit inside. Which is why she's down on her hands and knees and hands, feigning a swoon, despairing at how nobody could have foreseen this and how will she ever escape in time, as you watch her spread down the hall."

"More of that melodious laugh as she hears you insist louder and louder that she needs to stop goofing around, there's stuff in here you'd rather not have to replace, and with a precise smoothness you can't help but envy, she starts pulling herself towards the doors."

"She timed it so impossibly well that you're pretty sure you can hear a pop as she pulls those hips you were so fixated on through the double doors, and in a moment all you can see from inside are those enormous hooves. One of them taps impatiently, waiting for you to come along."

"By the time you get to the doorway, she's so tired of waiting that your world turns into a white blur, one of those now-massive doll-jointed hands demonstrating that precision she so prides herself on to pluck you off the ground and pull you a few stories upwards as she stands."

"Her smile is wider than you are tall, and it only gets bigger as the rest of her does. Between her fingers, you can see the world outside slowly sinking away. Before you even have a chance to express an opinion in the matter, you're moving again."

"With a single practiced movement, she undoes a few strained buttons on her blouse, her chest gleefully filling the newfound space and threatening to break some buttons on its own. Her sigh of relief would have knocked you flat if she hadn't already pulled you away from her face"

"As you gaze into the abyss, mind swimming with estimated scales that need to be updated from moment to moment, you somehow forget yourself just enough to be surprised when she simply turns her hand over and consigns you to get a much closer look than you realized you wanted."

"For how insanely tightly they seemed to be packed, her cleavage yields readily, almost greedily, and your entire world becomes dark, warm, and soft. You're aware of motion, but within moments you're not even sure which way is up, let alone what the rest of Dahlia is up to."

"It's hard to even think in here. Your senses are overwhelmed by heat, motion, and the steady beat of her pulse. You're not even sure if you can climb out faster than it's expanding in all directions around you, but she does love the feeling of you doing your best to find out."

Me, after catching my breath: "I mean, it's all I can think about now, but did you have a point, or were you just jumping up and down on some buttons? Wasn't this supposed to be a commission prompt?"

Still me, somehow: "tb perfectly h, I forgot by the time she got outside." 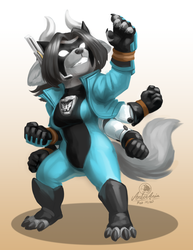 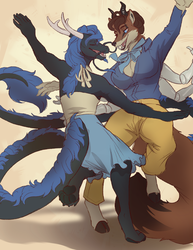 Dahlia takes matters into her own hands

I'm gonna be honest, I don't even really know where this came from. I got into a mood this morning, and then this came out. I'm posting it more or less just to ensure that it doesn't vanish into the aether of social media.