Balina changes her pinstripes by Balina 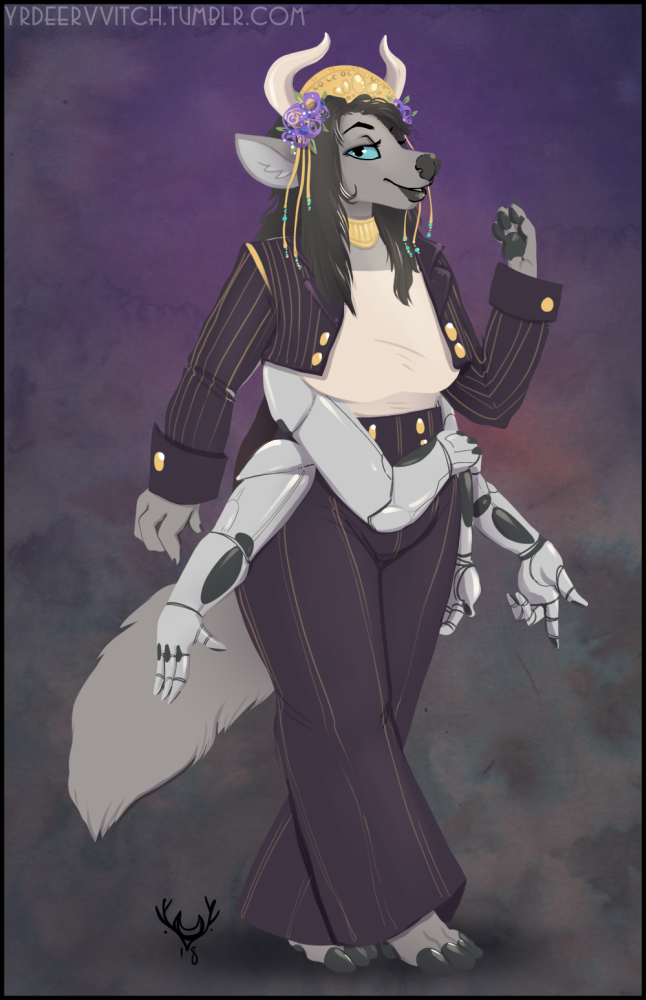 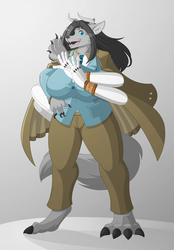 Originally intended for the 2018 Spring collection, this piece was held up at the time due to Ms Mahigan's concerns that people would think the horns were part of a gimmick, rather than her current efforts to re-incorporate horns into her typical look. It is a shame her anxieties held her back, as the entire ensemble was a fantastic way to accentuate and display one of her better decisions.

Originally meant as a sort of annual follow-up of a previous piece, this was during that initial rush of "I need art of Balina's beautiful horns!!" that I went on for about six to eight months. I missed a good shot at getting a set for 2019, and it never got posted last year due to Moofember petering out thanks to moving cross-country, but we can laugh and call this fashionably late.