Dahlia sticks her neck out by Balina 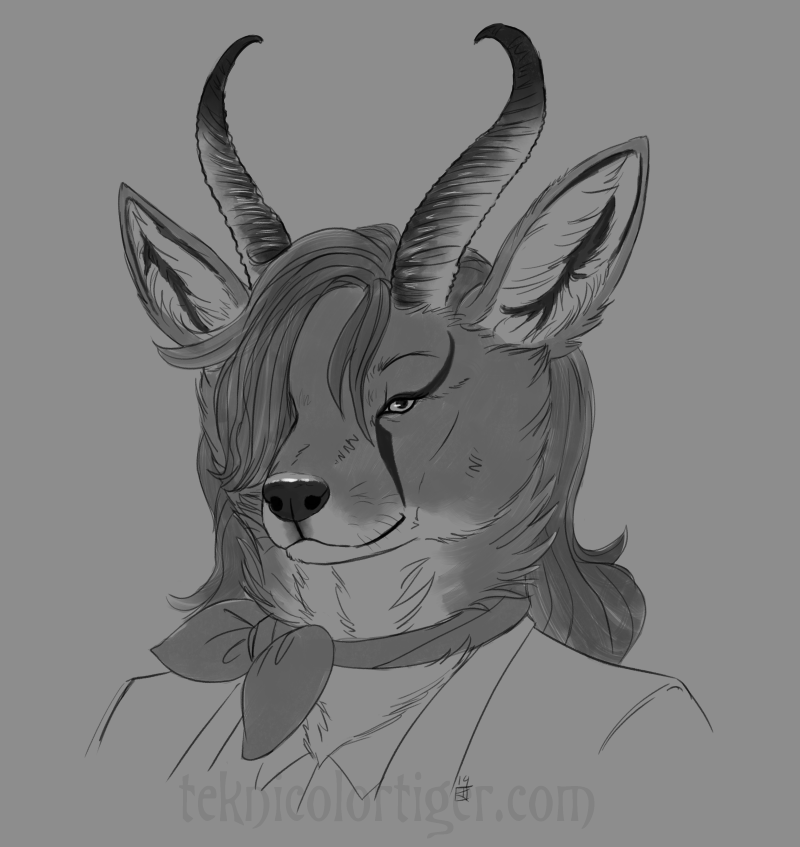 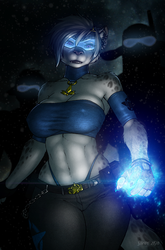 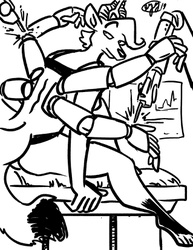 Dahlia sticks her neck out

Much like Balina, Dahlia comes from a mixed-species family, born in the minority that ends up being hybridized from their immediate parents, rather than taking after one or the other. In her particular case, she's a mixture of dhole and springbok; the fact that these are technically a canine and a bovine was not lost on the head moof, though one would be hard-pressed to claim they were anything but the most distant of relatives.

Dahlia's pattern of hybridization does share a number of similarities with Balina's, however. Like the moof, her frame takes after the bovine side, though even for a gazelle she turned out intimidatingly tall. Likewise, her fur came from the canine side, giving her levels of fluff that require dedicated effort to keep down to reasonable levels. Through some unparseable quirk of her genes, the fluff rarely seems to actually get the memo that it's time to switch to a summer coat, keeping her outlines soft most months of the year. Knowing it to be a losing battle to ever properly keep it fully under wraps, Dahlia will frequently wear a choker or a neckerchief to prove to the world that, if one were to really dig around in there, she does have a long and slender neck within the chaotic cloud of keratin below her chin.