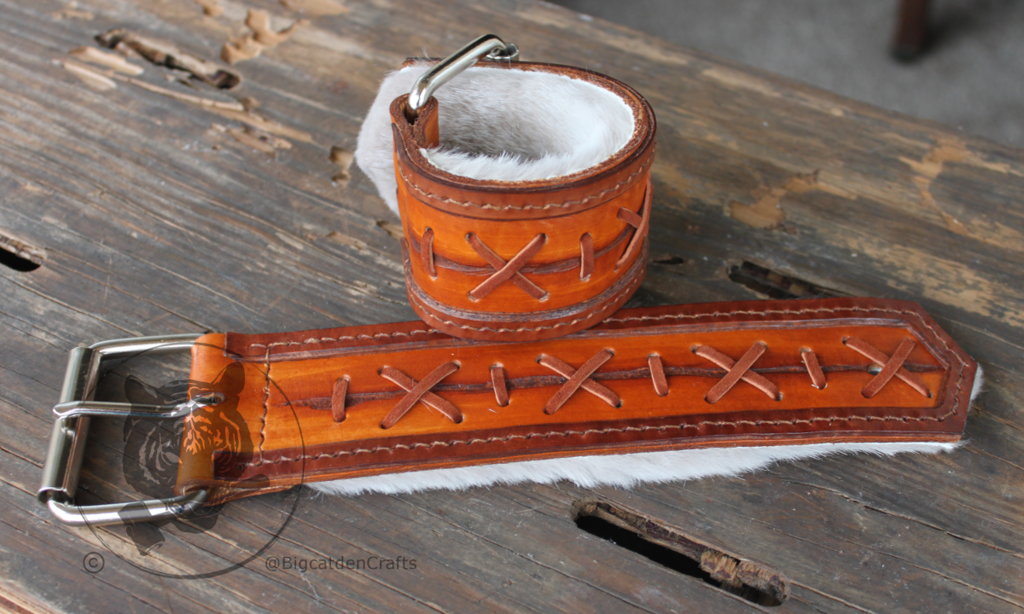 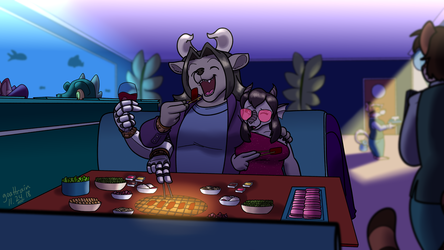 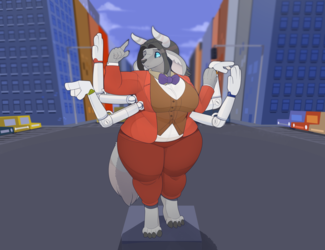 When she was very young, and first learning to cope with having a paw for a left hand, Balina Mahigan was given a pair of leather bracelets. The one for her left wrist was frequently fitted with a metal or plastic attachment, acting as an ersatz thumb and allowing her some level of dexterity. The second one was provided for symmetry, encouraging her to look for similarities and to keep her from fixating on her left side. She will laugh about it in hindsight, but while growing up the bracelets were dearly important to her, and clearly still carry immense sentimental value. Despite being far better-armed than she used to be, and despite having long ceased the use of the attachments they were designed to carry, she is seldom seen without them.

Beyond acting as a sort of brand identity, these deeply-ingrained memories also explain why she frequently puts similar bracelets to use on her prosthetics; her mind maps the familiar leather and stitches to "these are your hands", easing the acclimation process to a new set of limbs, and making her feel more at home in old favorites.

I've had a low-level desire to have a set of these made for a long time now. It was only recently that Dev got me more actively looking into getting it done, and much of that was him finding places and doing the actual legwork. A couple of weeks ago, he pointed me towards a tweet about someone taking custom commissions, and that first picture was already so close to the sort of thing I was after that I just had to give it a shot. The craftsman was enthusiastic about the idea, almost immediately showing me some concepts, and by the end of the day I'd already put in an order.

It was a delight to work with this artist from start to finish, and they had some wonderful ideas along the way. Making that line in the middle into something more like a groove, and then later carving it as if it were a scar, was entirely them; up until now I'd always assumed it was a raised portion, maybe even another lace. In hindsight, this is too perfect; scars encircling the wrist are an extremely moofy thing, and this also means that the lacing looks like stitches holding it shut. Best of all, the dyes did a wonderful job highlighting it, bringing the whole look together. These are absolutely gorgeous, and are going to spend a lot of time on my wrists.

Anyone who's been around me since the beginning already knows that the bracelets were a nod to Handfang, but as is the way of things, we seldom do things for just one reason. I've lightly mentioned this in the ref sheets, but now that I actually have a physical pair, I felt it important to actually sit down and write out why she's almost always wearing them. They've always been important, I swear!

A few allowances in the design were made; most notably the fur lining, which both covers up the internals of the lacing and makes them far more comfortable against the wrists. I figure I don't have her fur, so I get to cheat a little. Hell, maybe hers had fur originally, but it's worn off in the thirty years or so of use. It's not like they've been particularly consistent over the years, anyways.