Balina takes a turn by Balina 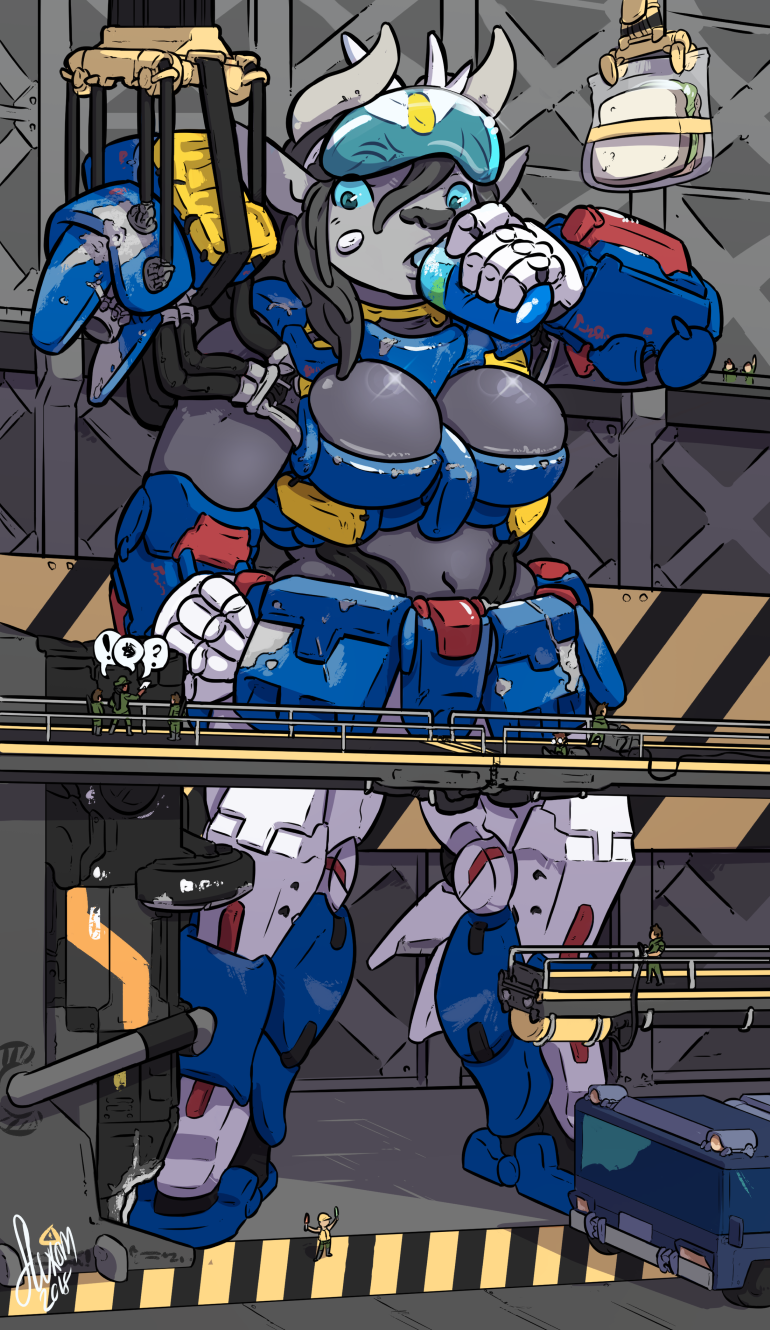 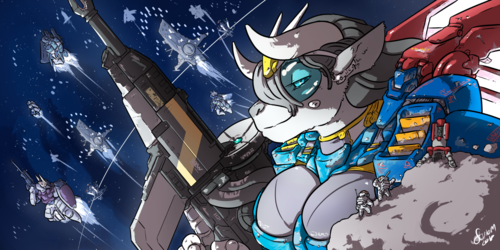 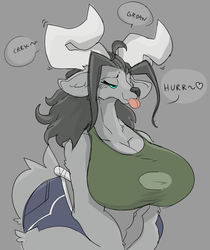 Micrometerorites and other assorted space junk didn’t really bother her, but they took a toll on her armor and equipment, necessitating upkeep and maintenance every week or so even if she didn’t get an excuse to use any of the fun parts of it. Besides, it was nice to actually use her legs instead of just operating under thrusters all the time. They don’t tell you that part when you sign up, but you start to miss the feeling of just walking after a few days. There was an embarrassing moment just after she landed where she tried to drift off of her pad, causing one of her leg jets to send her stumbling forward and into a gantry. Thankfully, the only thing damaged was her pride, but she was probably going to find herself thinking any laughter she heard for the rest of the night was at her expense.

Hopefully, that would be the dumbest thing she did today. Her armor had been removed, she’d been given something to snack on, and was on orders to spend the next 48 hours trying to remember what being a person felt like. This was easier said than done, but the sheer sensory overload of being inside an atmosphere with nice hard ground beneath her was helping. They say that the original units never got the little luxuries like this. They simply stayed out in the cold and the dark and the silence, little more than frigates with faces. There are good reasons why nobody talked about those older units in the present tense. Your body might not need all these familiar old comforts any more, but your mind certainly does; metal fatigue is nowhere near as dangerous in the long term as mental fatigue. Space wears on you; you need context. It gets too easy to forget yourself, with nothing on all sides for miles in any direction. That battleship to your right may be several minutes away at full thrust, and big enough to hold a thousand of you, but just looking at it from your position in formation, it felt like you could reach out and grab it between two fingers. You need to come inside, feel the hull under your feet, eat a hot meal, listen to the sounds of other people. You need to hold a conversation with someone that isn’t just a voice in your ear. She didn’t really want to admit it, at least not until someone else said it in front of her first, but right now what she wanted more than anything else was a hug.

They told her she’d get used to all of this. You never really forget the first few transitions, and it was never going to feel as weird as it did tonight. After an evening off-duty and a solid night’s rest she’d start feeling like her old self -- her really old self -- and then when her rest period was over and she had to go back out and return to holding formation, it would be the same mixture of familiarity and strangeness all over again.

Not long after doing the previous picture, Fluxom was back at it again, doodling this wonderful big moofy lady a second time and asking if I wanted to make this one happen, too. I’m still not capable of saying no to them, and it’s still absolutely worth it. I’m still not sure if there will be more to this series, yet. I think these two pieces probably work better without finding out where she’s going or why, but my superpowers are mostly related to my ability to be wrong about things, so we’ll see what happens.