Gemini and Taurus face their biggest challenge yet by Balina 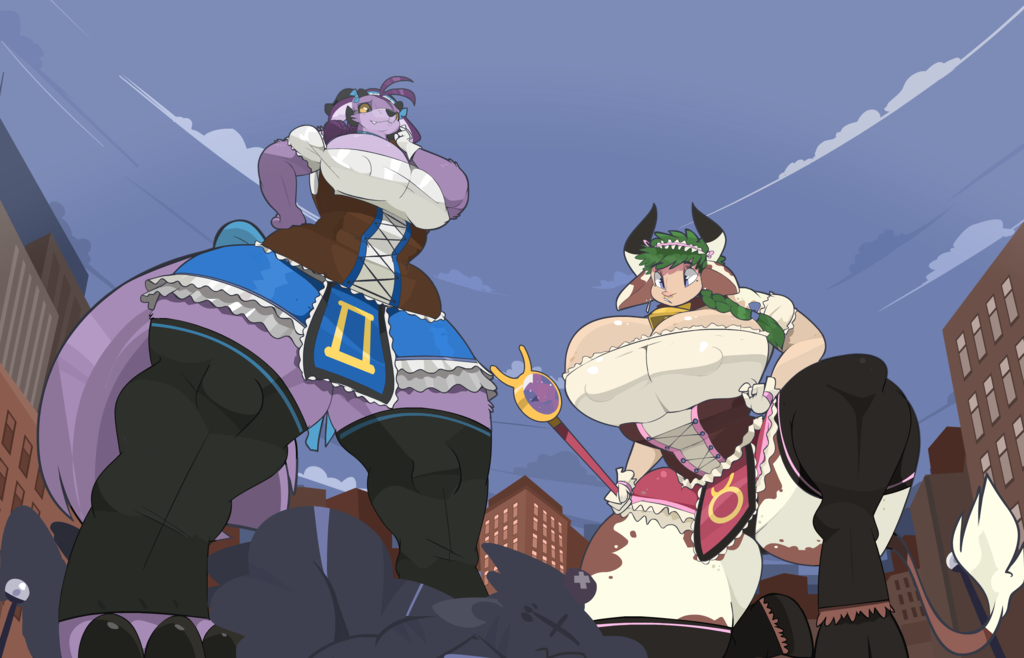 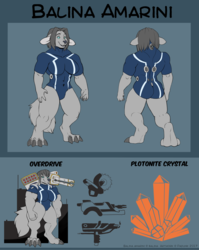 Gemini and Taurus face their biggest challenge yet

The Galactic Maids are a legacy organization; groups with the same name have been called together for countless crises throughout history. The current crop has been gathered to deal with the Andromeda Empire, a persistent and mysterious organization that tend to resurface every few hundred years. Either through their own direct plans, or by corrupting ordinary civilians into their unwitting pawns, they seek to enact their nefarious will against the world, and only the Galactic Maids are properly equipped to save the day.

For reasons known only to the Andromedans themselves, most of the plans foiled so far have involved exploiting the niche interests of their victims, usually to the point of debilitation. Body parts inflated beyond the ability to move, citizens hypnotized into willing soldiers, or in this case, giving a woman the means to turn herself into a towering monster, whose sheer exuberance at living her dreams was making her a threat to the structural integrity of the city. Why these plans always seem to involve such content is a mystery, though it's suspected it has more to do with the unknown culture of the Andromedan Empire than it does with the actual practicality of their schemes.

Thankfully, the nature of these plans are often their own undoing, and those blinded by their own desires tend to overlook obvious mistakes in their mad dash for perversion. Fleeing back to your hideout to make yourself even larger may seem like a good way to get the upper hand when the Galactic Maids finally show up, but leading them straight to the source of your power, and the ensuing giant monster fight, would have been painfully obvious to an outside observer.

Oh, wait, you probably wanted the episode summary, didn't you?