Balina gets the picture by Balina 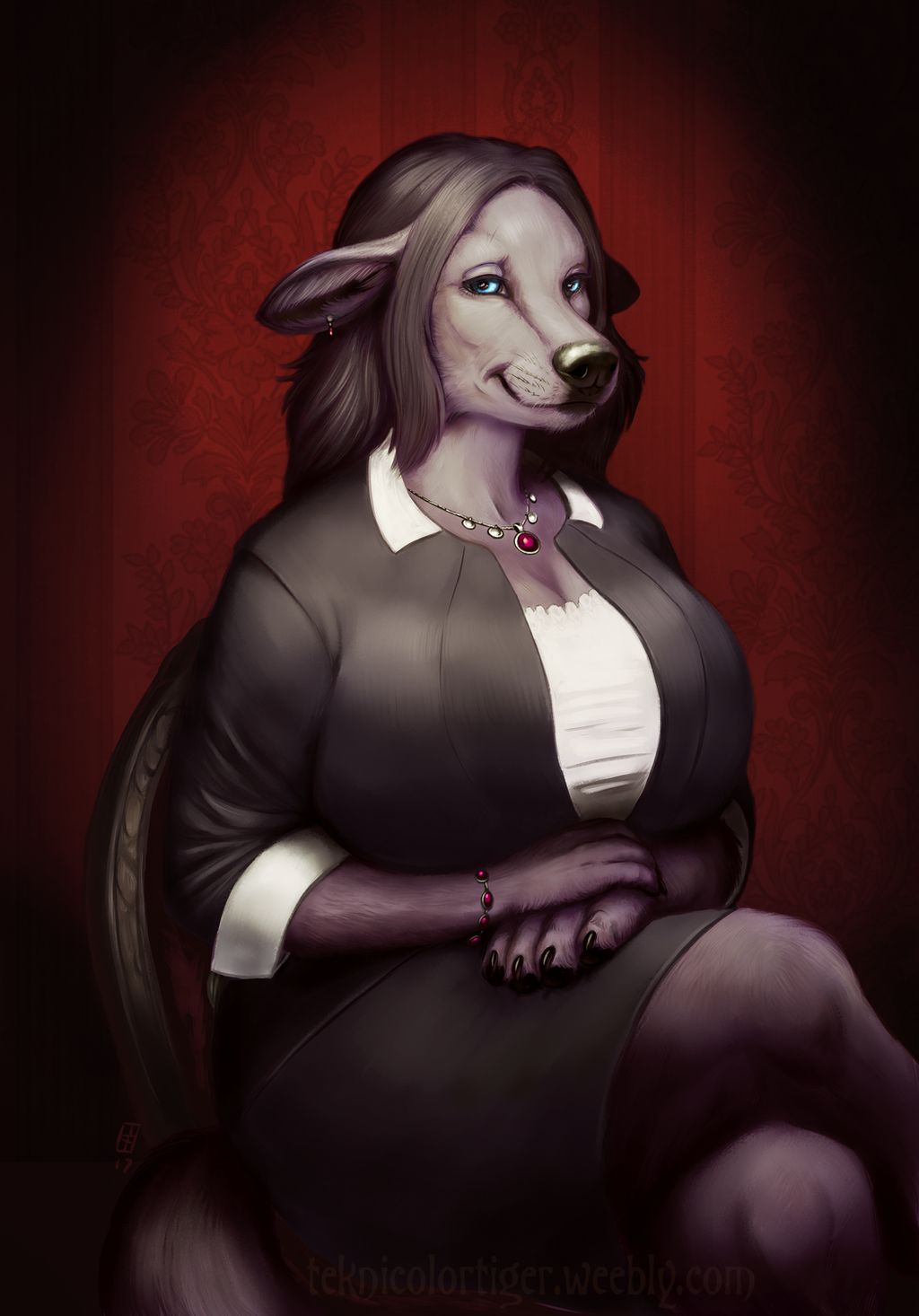 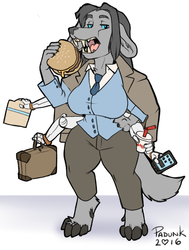 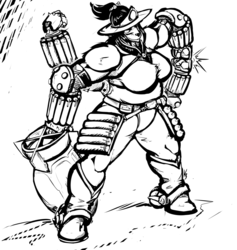 Balina gets the picture

This portrait hangs in the hallway outside the head moof's office, alongside similar paintings of previous headmasters and recognized staff, almost all of which dating from the days when the campus was simply Placedale Community College. It is one of the few images of Ms Mahigan on campus that isn't for sale at the gift shop, and some have joked that it is too simply reserved and dignified to pass as her usual fare. There is at least a grain of truth to the joke, as Balina herself is not especially happy with the portrayal. With her cybernetics covered, her paw hidden, and her outfit much more refined than the vest and khakis she had been known for before (and shortly thereafter) taking the position, it gives her the sense that she's looking at a stranger, another one of the ghosts of her predecessors that she has to walk past every morning.

When she first took the position, it was at least briefly thought that Ms Mahigan was leaving her more eccentric habits behind, stepping into a 'mature' career in administration, rather than her freewheeling days before. This was likely the expectation, or at least the hope, of the outgoing administration that arranged the portrait. Of course, she was chosen to lead the campus due to her impossible organizational abilities, and anyone who knew the first thing about her methods probably should have expected her modernization efforts for the college to include putting Ignis robots everywhere she could fit them, and her own personal branding everywhere she couldn't. The results have spoken for themselves, though many of the traditions and norms of the college pre-moof have fallen by the wayside.

I feel like I need to put a huge disclaimer on this. I spent the entire description talking about how much the head moof dislikes the picture, when Tek put so much love and effort into making her look so good; I feel like I'm stabbing her in the back by putting it down. In all seriousness, this was done right around when I was trying to revamp the head moof's image into something slightly more professional, and she delivered that so perfectly that this quickly became one of my single favorite moof images, period. The detail and texture are insane, and while Balina might not think that it represents who she is, I think it helps show a side that doesn't normally surface among all the silliness I normally put her through.