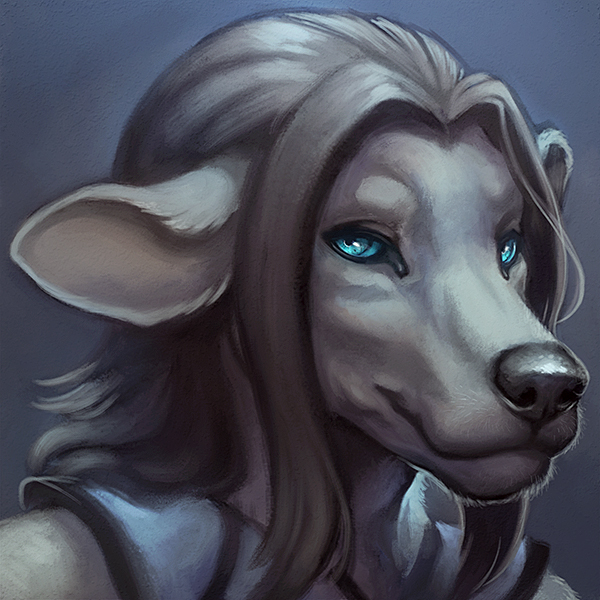 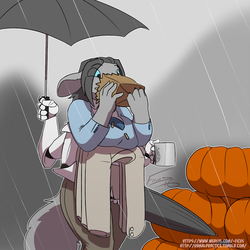 Aaaaand this is what happens when you spend a couple of years being social. Almost two years after the first icon, HanMonster was open for icons for the first time in a while. I wanted to see how she'd do with a much, much better-defined character, and of course see how well the last couple of years had treated her ability to do moofs. I was definitely not disappointed; this beauty has become one of my go-to references, and I really should get a print made sometime.

It's fascinating to see two different takes on what was, at least on some level, the same character. Her muzzle is much longer, her fur's shorter and better-groomed, her ears are longer and floppier, and she's lost her widow's peak and mane for a more traditional head of hair. And those eyes. I love those eyes so much. It seems really obvious in retrospect, but this was the first time someone presented her eyes in a way that made obvious sense.

I don't think this has ever actually come up, but for what it's worth Miss Mahigan has those same big lovely chompers you saw in the other icon. She's just smart enough to keep her mouth shut most of the time.