Balina makes an acquisition (6/6) by Balina 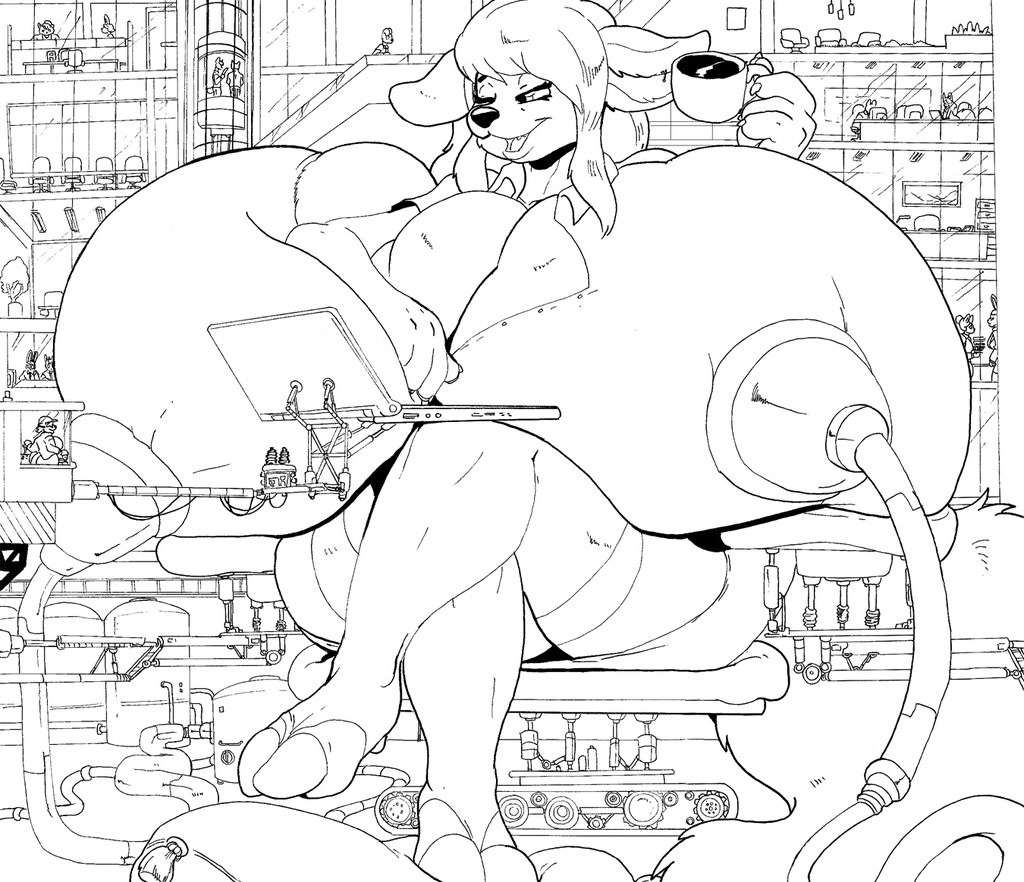 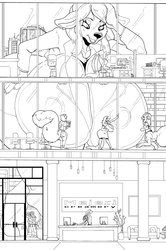 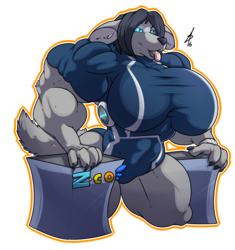 October 27th, still 155'
It's been almost a week now, and it's pretty clear that the ride’s finally over. I’m the same size I was yesterday, and the day before, and the day before. I am almost precisely one hundred and fifty five feet tall, a little over two dozen times my former height, and it looks like that’s where I’m going to stay.

I noticed today that the bell, tiny little thing it’s become, was covered in so much ice that it couldn’t even ring. Ever since I started growing, no matter how cold I got, it never had so much as a hint of frost on it. I guess whatever it was doing finally wore out, and now it’s just another pretty little piece of bronze. We’re going to put it on display in the lobby, as a symbol of the last six months, and I’ve got a couple of people checking the online auction scene for other antique bells to replace it. It’s become a part of my image, and I like having something normal-sized on me for scale. Besides, you never know; maybe this one has a twin somewhere.

The new support platforms are easily the best money I have ever spent on anything ever. We built these to last until I hit the 400’ range, so they’re unbelievably sturdy, and have a whole lot of extra adjustable platforms and cushions we’re never going to need. Around lunch time, one of the engineers, this shy-looking cougar who I think I remember from that incident last month, suggested we set up a couple of the seat cushions at chest level. It was a wonderfully simple idea, and I’m stunned I never thought of it myself. As the usual swelling kicked in, she slowly eased the cushions down, keeping me supported. It was so comfortable that I ordered a second helping. Then a third. We got up to fifths before my shirt reminded me it wasn’t supposed to take that kind of load, and we started pumping. That little genius even thought to get my workstation within arm’s reach. I got to spend the entire afternoon at my desk, more relaxed than I’ve been since I outgrew my favorite recliner, pumping as much milk in a day as I’d normally make in an entire week. I want that woman on the board, but she kept insisting she was happiest manning and maintaining the equipment.

Ms Mejeri’s growth ceased by the evening of October 21st, after a total period of 216 days. Final height has been recorded as a fraction of an inch over 155’, which is a little over two dozen times her starting height. The radical changes to her proportions and body chemistry mean that she actually weighs far more than she would if she was still her original 6’ 4”, but as she seems uninterested in tracking the figure, we have no real way to measure or even estimate it ourselves.

Observation has continued, but at this stage it appears that the subject’s life has reached a state of equilibrium. Without the threat of continued escalation, she has been able to arrange for more permanent structures and furnishings to be created. A Mejeri-scale wing has been added to the creamery, equipped with suitable pumping equipment and furniture, connecting to the rest of the building in a manner Ms Mejeri has affectionately dubbed the ant farm. Further construction, including dedicated roadways and suitable permanent lodgings, is also underway, though not likely to complete before the end of the year.

The damaged enchantments on the trychel appear to have finally broken down, and it no longer appears to be anything more than an antique lump of bronze. Its resistance to frost, the only directly-observable magical property it possessed, ceased sometime during the 21st, as it became covered in frost by nightfall. This was the final confirmation that the subject’s body had either picked up or been conditioned to replicate the heat-consuming effects on its own; both her own body and any expressed fluids are as healthy and as frigid as ever, which bodes well for her long-term wellbeing.

At this time, we believe that subject Balina Mejeri can be taken down from high-priority study, though limited observation should continue just in case she turns out to have any further surprises in store for us.

I'd like to thank everyone for the comments, favs, and watches. This was far and away the most response I ever received for something I posted, and the encouragement I've received from all directions has been completely and utterly fantastic.

Fun fact: Ms Mejeri here ended up about twice the size I had originally planned. I've got a trio of pictures that were supposed to be her at her final size, around 75 feet tall, that I was holding back until I got to tell this story. I'm repurposing them as side-stories, and will put them up over the next few days.