Balina as a candle in the dark by Balina 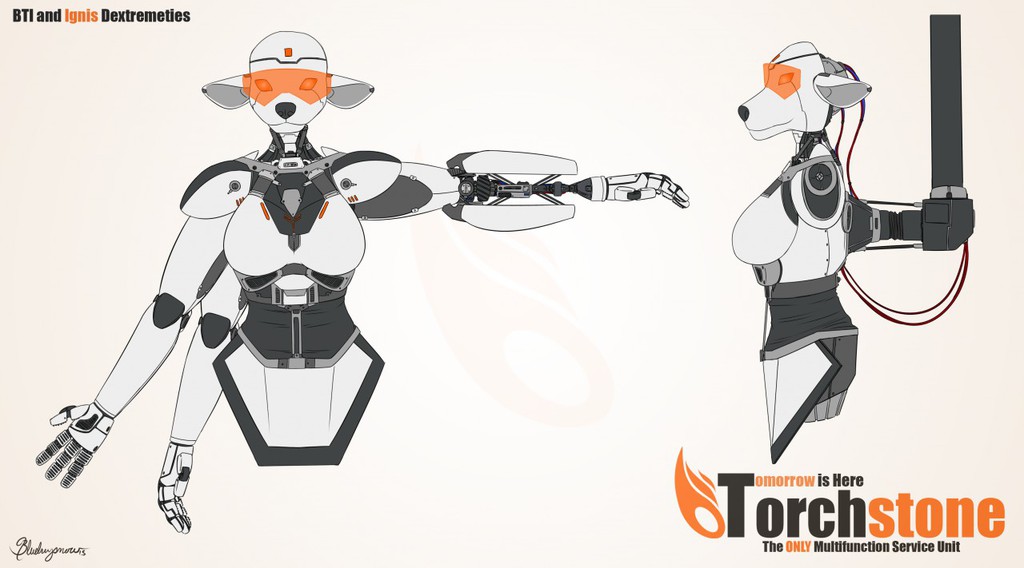 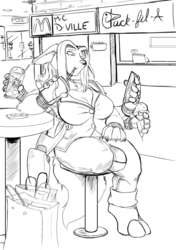 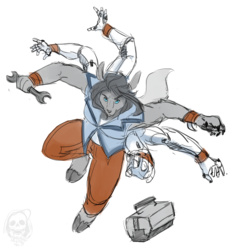 Balina as a candle in the dark

If there's one thing that BTI is known for, it's moofs. If one had to stretch their recognition to two things, the other would most likely be the large number of robots in use around the campus. A joint venture between BTI and Ignis Dextremeties, and colloquially referred to as 'robomoofs' by anyone not Ms Mahigan herself, they can be seen throughout the campus, performing tasks from grounds-keeping to security to orientation to manufacturing to TA duties. If a position exists, there is probably at least one robot doing it, somewhere.

Pictured above is the first generally successful model produced. Typically meant to be mounted either to a stationary post or (as pictured) attached to a robotic arm, Torchstone Multifunction Service Units were developed to perform complicated assembly-line tasks that would normally require one or more living personnel to complete reliably. In addition, they can be easily reprogrammed to serve different tasks, or to monitor and complete two separate tasks in unison.

In practice, they are the mainstay of the robomoofs in use at BTI. Workshops are always equipped with multiple units, fabricating parts or maintaining equipment during periods where they are not otherwise in use. Engineering classrooms usually have at least one available for demonstration and training purposes, while some more rote recitation classes simply make use of them by uploading a recording and telling them to improvise.

Back when I first introduced Ms Mahigan, I said that she is the most ludicrously indulgent character I ever created. The robomoofs are the real reason why. I am very excited to start getting into them now, and BlueberrySnow was perfect to help design some of the earliest versions.