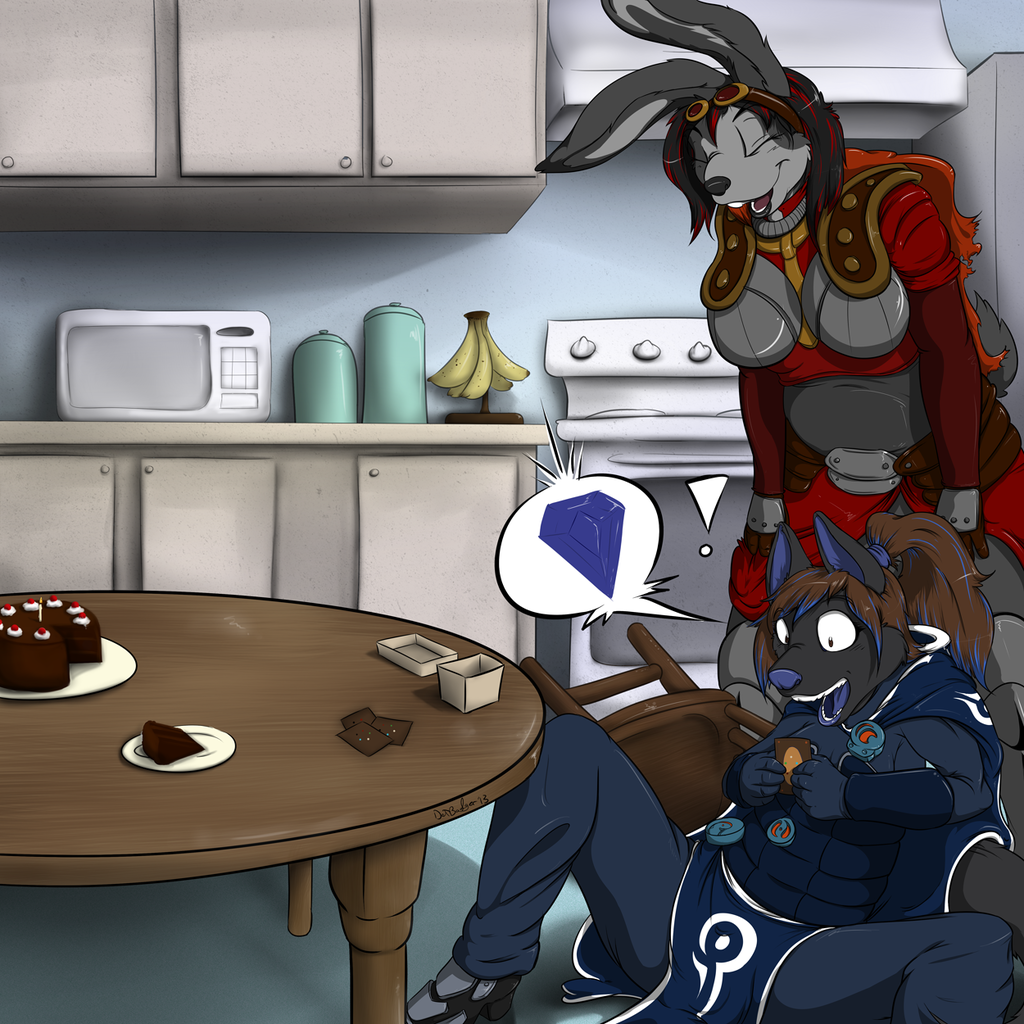 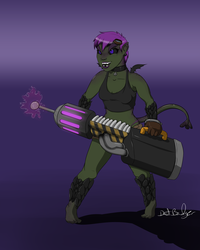 So, I haven't played Magic: The Gathering since Prophecy/Nemesis... But hey, I know what it IS. And that there's them land thingies. And tapping and whatnot. (Though all the numbers on them now, I don't even.) BUT

These two. They are ALL about some MTG, Robbi tells me. And though I'm over a decade out of the game, I know I'd be flipping out if somebody gave me a rare card.

Well, it was Sherri's birthday recently and Robbi had me whip this up. :3 Sherri gets bowled over out of her chair in the excitement... of receiving a Mox Sapphire for her birthday! AND THERE WAS CAKE TOO?! OMG.

Ohhh, and even better- We have Robbi dressed as Chandra and Sherri as Jace. :3 ...back in my day you just had to know Urza.

Tried some different stuff with filters, textures, shadow layering and stuff. Though I kept my normal cell work on the characters because I like it that way. :3 Hope ya'll do too!

Magic: The Gathering © Wizards of the Coast and their legion of lawyers who will harvest my organs if I don't put this.