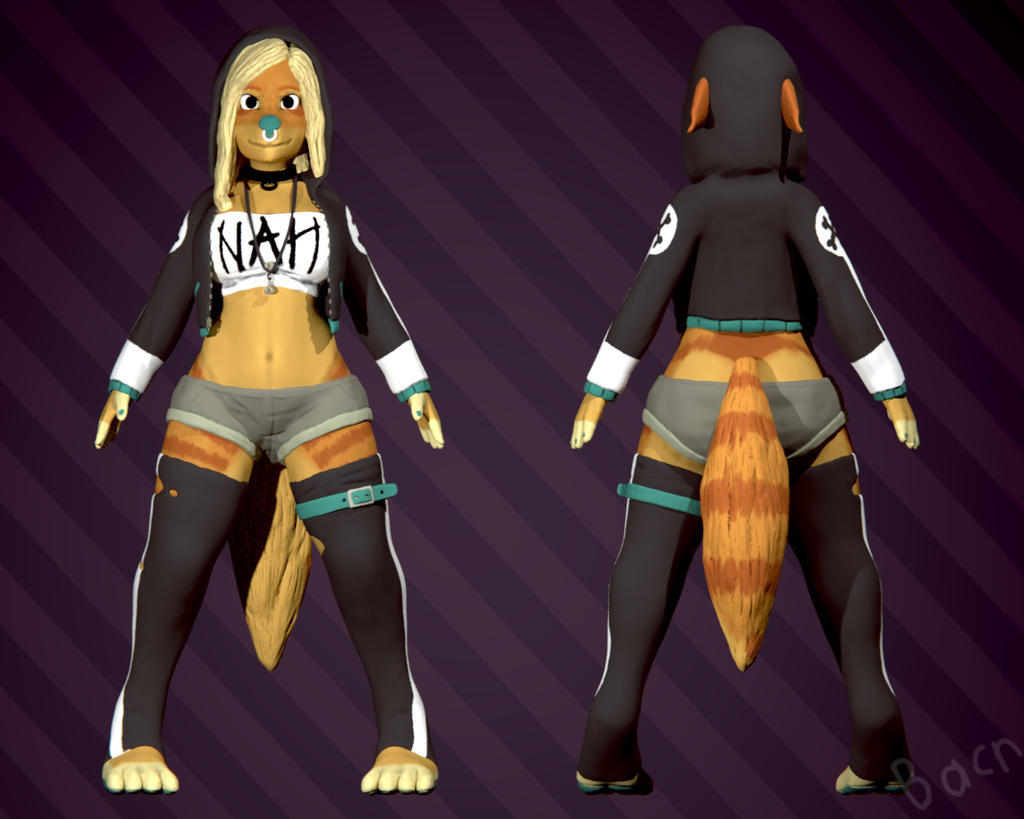 First off, all patrons who pledge at least 1$ will get access to higher resolution renders of submissions. I'll be trying to keep these renders to desktop resolutions so they can also be used as wallpapers for anyone who would like to use them as such.

I'm also releasing full, unedited character models that I've used in the past. I'll be releasing mostly older models that I no longer use or plan to use, starting with my Impomon and Midna model. These models are free to be used to create your own pictures, though it's greatly appreciated if you give credit to me for the models when you use them. As a warning these models are being released exactly as I use them and aren't designed to be released publicly. They're in .blend format and will take a bit of editing to be used properly in other programs, such as 3DSMax or SFM. I've thought about releasing my current base meshes as well, but I'll likely wait to release base meshes I no longer use as well, due to how much work goes into them.

As usual, you can support my continued artings at:
https://www.patreon.com/bacn