Rescued under a Winter Sun by azsola 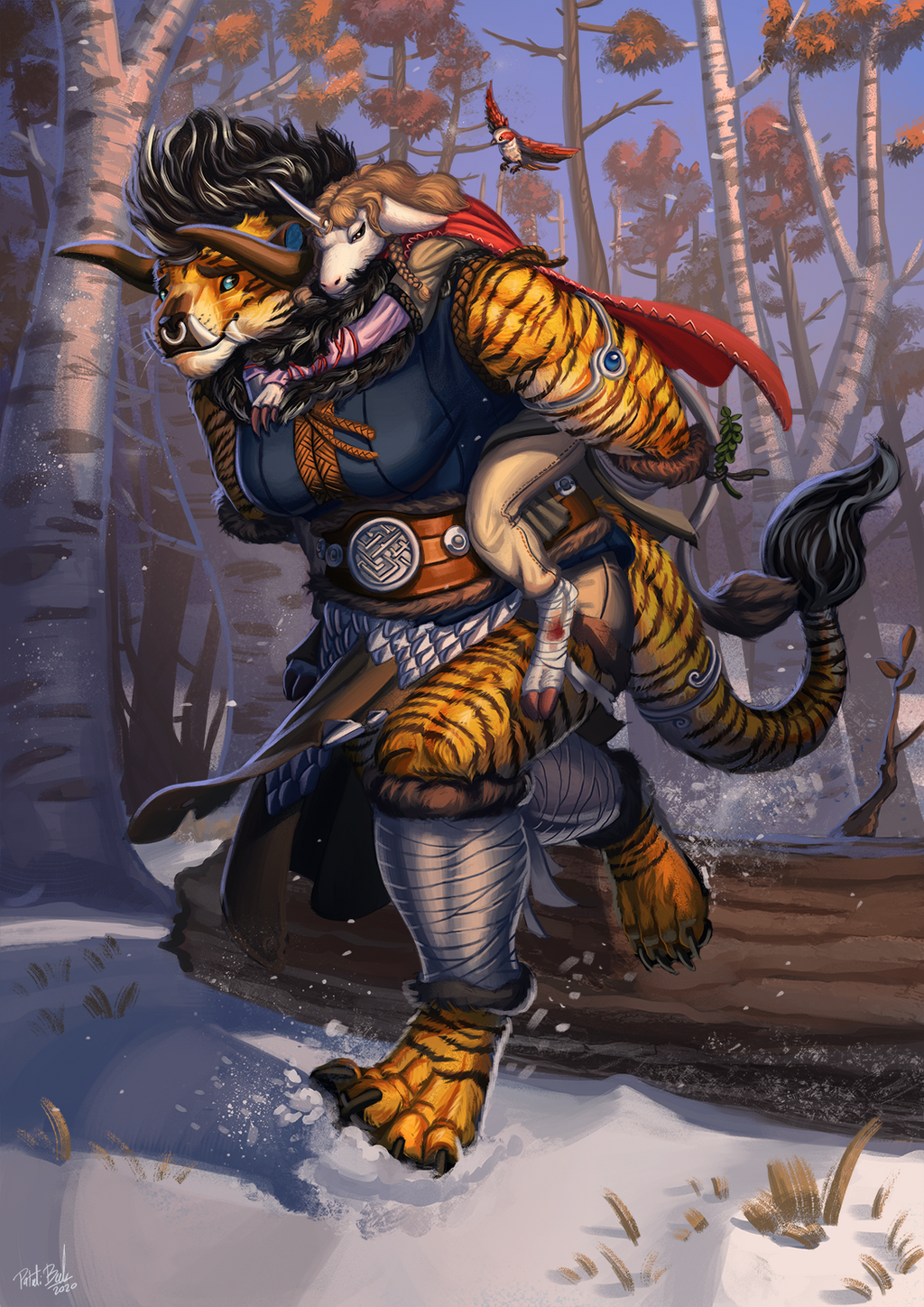 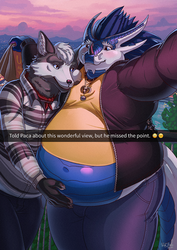 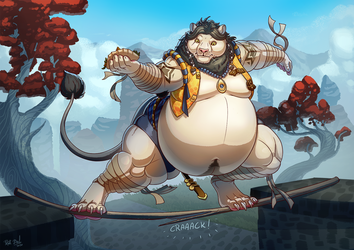 Rescued under a Winter Sun

Commission for belugachef, featuring Saga and Phoebe! Here's a little story that goes with the picture! I hope you like it! ^^

[i]“The sun is waning and Phoebe, a woods-witch, has found herself injured and lost in the depth of the snow filled forest. She must not be too far from the main path, for just when she began to consider how travelers would find her frozen corpse the next morning...a rugged woman in leather and furs was crunching through the snow, following the urgent twittering of Phoebe’s sparrow familiar.
Eventually, after some embarrassing negotiations, Phoebe is hoisted upon Saga’s back, being ferried all the way out of the forest and eventually into town...The warrior was warm and seemed not at all bothered by Phoebe’s weight.
‘Thank goodness she can’t see my face like this…it must be redder than a poppy’, the witch thought to herself, as she held on tightly.” [/i]