The Legend of the Four Guardians by Azith 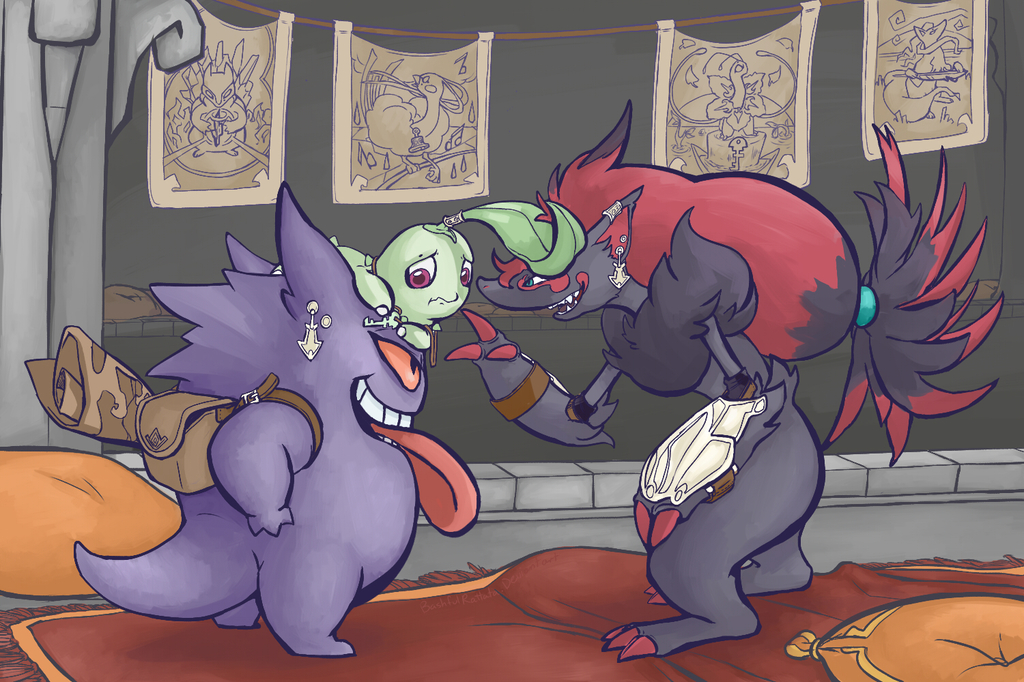 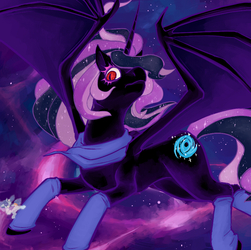 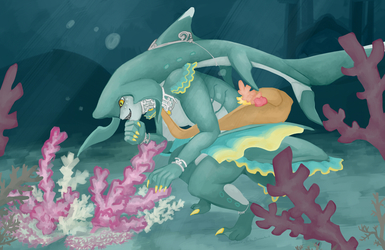 The Legend of the Four Guardians

I'm reposting this here from my DA so I'm just going to copy and paste what I wrote for it to make life easier.
I'm pretty proud with how this turned out, it took me a good month off and on and I'm sure I could push it further somehow but my skills aren't there yet so for now, this is it! n V n

Long ago when the land was barren and dark there were four pokemon who beseeched their gods for gifts to give their friends a better life.
Their gods bestowed four items upon them,

A crystal to create light,
A bell to bring the rain,
A key to unlock the earth,
And a feather to call the wind.

But these blessed items used the pokemon's own life to create their miracles and drained an essential part away from each of them.

The Typhlosion's fire was crystallized,
The Alteria lost his voice,
The Meganium's leaves wilted never to grow again,
and the Ninetales lost his ability to feel sensation upon his skin.

They still lived but they had lost those important aspects of themselves.
The legend goes that they passed down those items through their family immediate or extended to keep safe.
Just in case something were to happen and they'd be needed again.

turns out the legend was true for this Chikorita is the direct descendant of the Meganium and was brought into a guild to learn to keep her item safe.
However, she caught the eye of a Zoroark and a Gengar who believe in the legends and wish to find the other items. Unlike the key the bell and the crystal were said to be hidden away somewhere in a dungeon.
These two are curious but not wicked though their appearances would have you believe otherwise. They wish to show off the legends as the truth they are and for that, they need the Chikorita not to go into hiding.