Litany of the Sword that Divides by AyGee (critique requested) 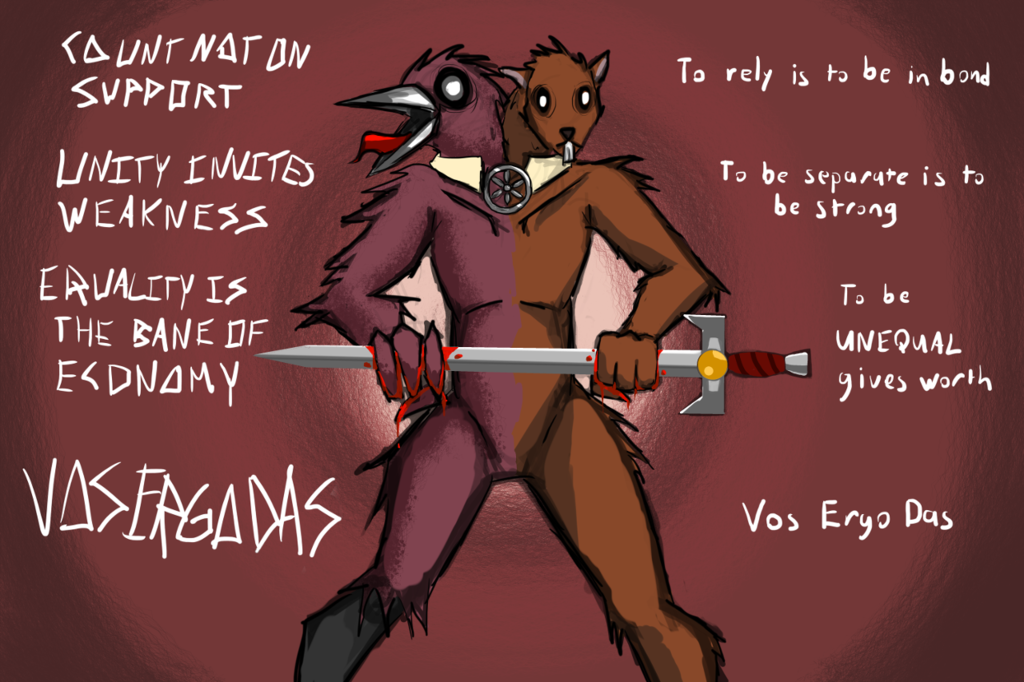 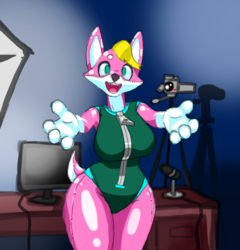 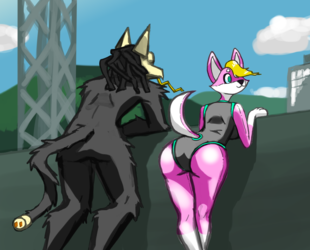 Litany of the Sword that Divides (critique requested)

Count not on support; To rely is to be in bond
Unity invites weakness; To be separate is to be strong
Equality is the bane of economy; To be unequal gives worth
VOS ERGO DAS; VOS ERGO DAS

One of the lesser-referenced artifacts of Pennies-to-Dimes is the Sword that Divides. It is said that those who wield weapons forged from slivers of this divine artifact become men who need no armies; entirely self-reliant warriors, unfettered from the help and aid of others to pursue their own wealth and goals.

Admittedly, the sword on the icon of Pennies-to-Dimes was more of an afterthought and a means to cover up where both their heads meet their body. However, I rather liked the idea of a two-headed god fighting over something in a fashion that hurts them; sort of a karmic retribution for their greed.