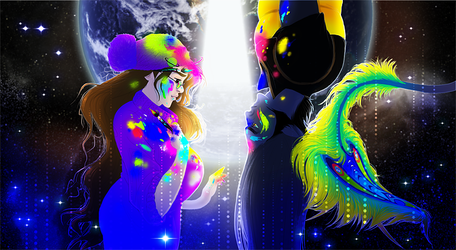 My Deviantart account - http://axolotl-mafia.deviantart.com/ I am the most active there.

My name is Rheann and I'm working on a graphic novel project called Galaxy Magnolia, that I hope to publish to paperback. I work on it alone as one lady, and usually pages are uploaded about once a week or so. Some pages take longer depending on complexity and what I am doing that week. Galaxy Magnolia currently has four books written, completed from beginning to end and will cover an eight volume series. I'm also currently working on writing out the 5th book. I use the scripts to guide me through making the graphic novel. I do have plans to continue the series after I've completed the initial eight volumes, but the setting and cast will have changed by then.

The Galaxy Magnolia facebook page was created by the kind and wonderful o0Kara0o on DA.

I do have a personal facebook but I do a lot of networking for animal welfare and education and a lot of the content I post there can be rather disturbing in order to help educate about animal cruelty. you can follow me on twitter if you like I've included it in the twitter link. I usually upload announcements about Galaxy Magnolia there, and of course on Deviantart.

Galaxy Magnolia is not a fan-fic. It's a personal work that I've dedicated many years, heart and effort by my self into, and revolves mostly around two characters, a blue Tethican alien named Sinsen Ruga, and a brown haired glasses wearing human girl named Nim Piper Fletes. The content is of a "be advised" rating as there is a LOT of cursing, and in later books more serious issues. There is a lot of character growth that takes place through the series, so if the cursing offends anyone, there are only two options: sit back and watch the character growth, or maybe best not to tune in if really is too bothersome.

I provide the pages for free online for people to look at and enjoy, and soon I will also have my own website launched for the project. Each page that I work on is an individual learning experience. I have many years of experience working on comic pages, but I'm still completely a newbie at all of this being self taught. Some of the earlier pages I plan to go back and edit and redo some things, as I was still getting a feel for the style of story telling. I appreciate if there are typos, if people point them out because I don't always catch them, though I try very hard to. I am open to critique, but please send it in a private message so we can work together =). Otherwise other comments are welcome on the submissions, as long as they are friendly. I don't mind one word comments.

Story synopsis: Galaxy Magnolia is the story of a Tethican Alien named Sinsen Ruga with pyro destructive tendencies who is just trying to fit into Wormwood Academy Deep Space without resorting to the impulse to burn everything down. Aggressive, hostile and not to mention the only Tethican in W.A, he has a difficult time with other students, often getting into fights or losing the respect of his peers because of what he is. Nim Piper Fletes is a nerdy Frankenstein and fossil obsessed human girl who is also attending Wormwood and facing the same plight of betrayal and outcast from her peers simply because she is unable to fit in. This is their story and how they must learn to fit into the high demands of W.A, save what remains of lost Earth and at the same time without losing themselves in the process. 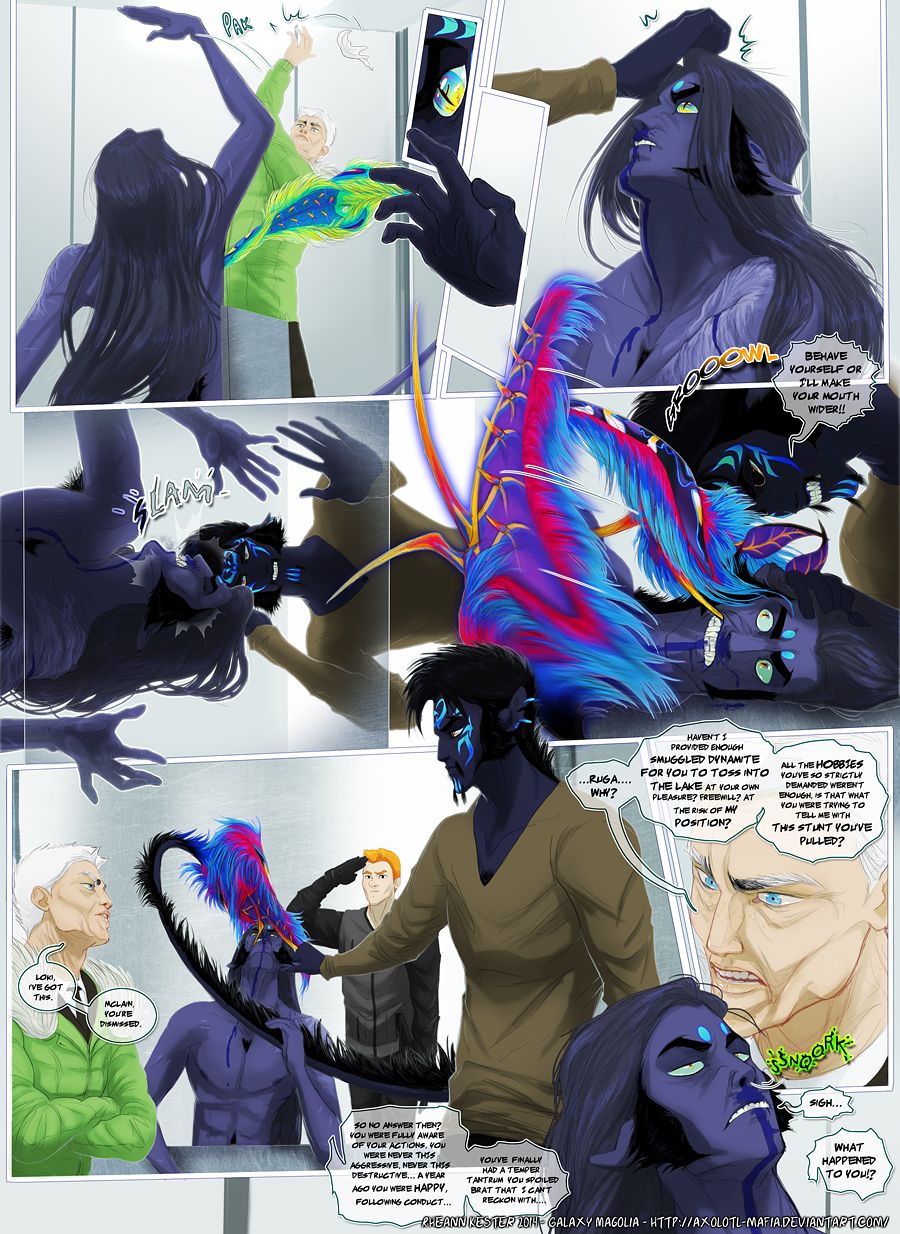