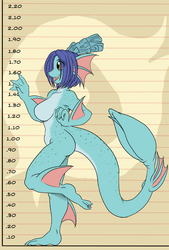 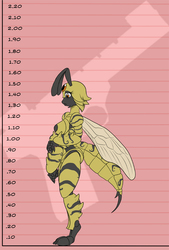 A rather enigmatic and cold sniper for hire and Velia's mentor in the Wonders 3 syndicate. Little is known about her background and she stands as one of the 3 founders of the syndicate showing the “true neutral” affiliation of the 3 characters (the other two founders being examples of lawful neutral and chaotic neutral). She is very proud of Velia´s skill. She was also kind of a one shot joke character based on my avatar. After I did a pic of her based a bit on Sniper Wolf from Metal Gear Solid I was totally amazed at how popular she became to both genders. I decided to keep her around and it wasn't until quite recently that I found a place and story for her to be used.