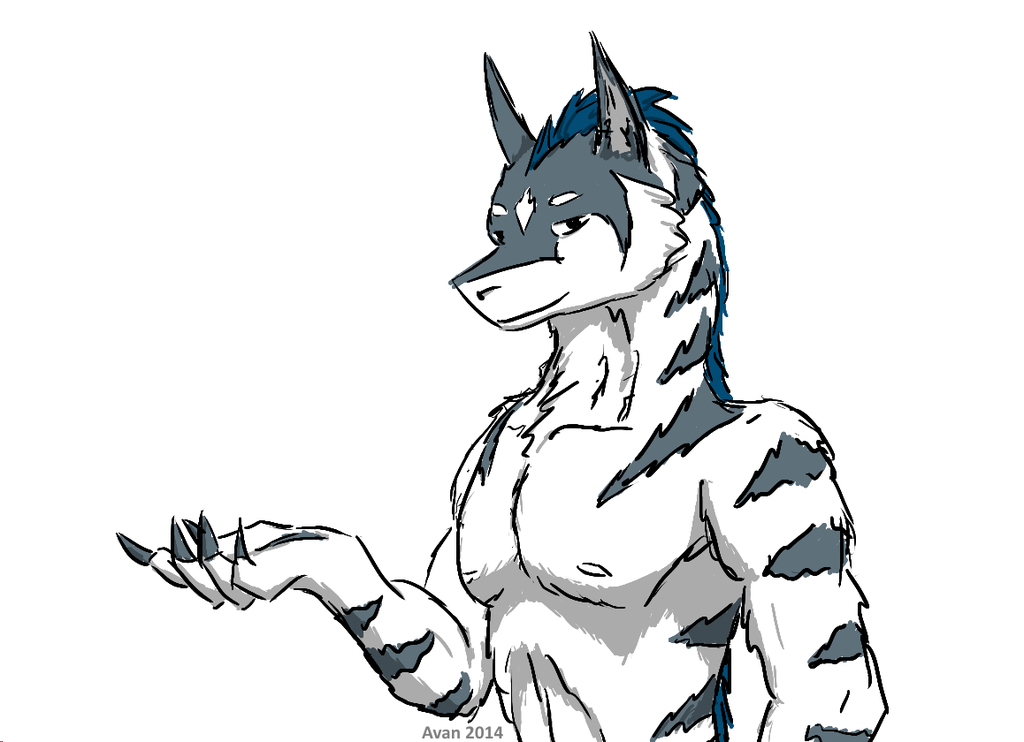 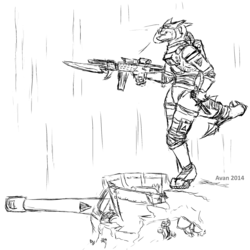 A Zareth standing around. Whats he doing? I have no clue - Its a mystery.

I finally did an art thing that i felt like uploading. Had a random night of artistic insanity for some reason recently, which produced a different style for me, so I figured id try replicating what I did that night (Except w/ color and vastly less messy lines)

Just a species (one of several) my sister and I came up with for a webcomic were still in the early stages of planning and such - Its unlikely we will release it until we have an absurdly large buffer (oh say, 6 months?) and are reasonably confident in our skills at 'high speed serial art production'. Notable is the standing posture, as they are actually somewhat ilesska like in having a more raptor-like form in running and such. They might as well be considered a direct cross between the Ilesska and the Akrians (another alien race I dreamt up), minus the horns I guess. Think I might have some art of the Akrians on my FA account, dunno, just Ilesska here.

Yes, this is a very low effort style for me. Actually kinda relaxing because its so simple. Also so many fewer layers to juggle! Its not as perfect as it could be, but I felt it looked nice enough to show around or something!

Also: my one real gripe with this site is: rating stuff.. probably due to my general artistic content I guess.