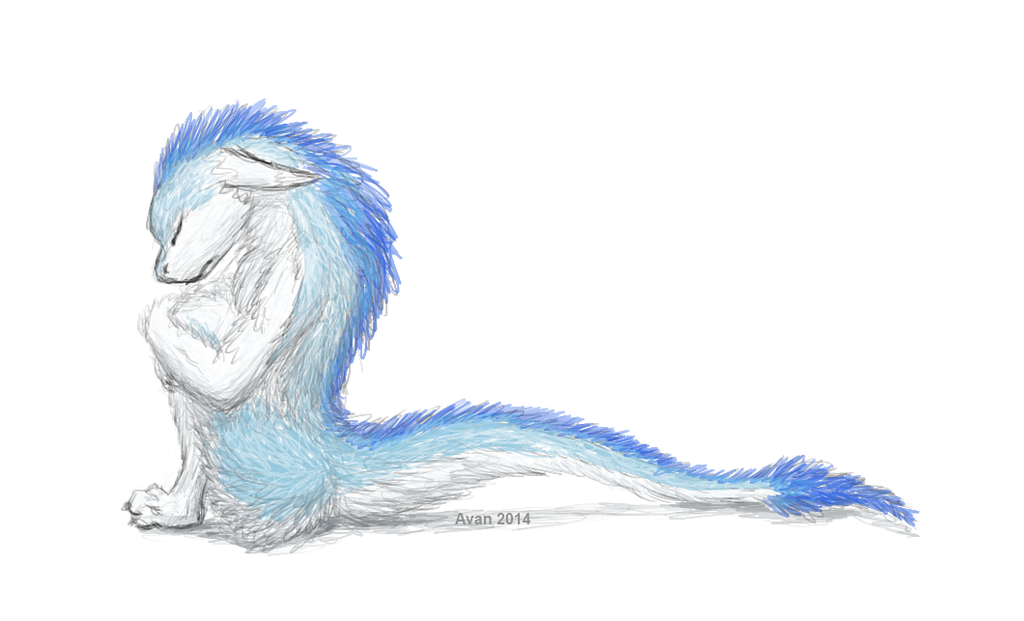 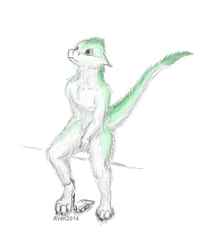 When you discover your life was never fated to be free.

About this work: This was the first picture I drew following my over-a-year-long hiatus from FA due to unrelated events in life. Since it was a recent work (04-01-2014), and the first following my hiatus, I figured it would be appropriate to open with.

At the time I made this, I was attempting to cope with a particularly.. crushing.. notification I received. A later clarification repaired some of the damage, but on top of other stresses, I have not yet fully recovered.

About the Ilesska: The Ilesska are a species that originated from a dream, likely as a result of looking at raptor mechs and shiba inus (shibes) before sleeping. A friend pointed out there was likely some influence from the Vaalsark (another race which I created for a Skyrim mod - http://www.nexusmods.com/skyrim/mods/13561/? ) in their tail design.

The references to freedom in the captions for this work and the two that followed it relate to their origin as an artificially engineered slave laborer race in exoplanetary colonies far from the established (And more cultured) Sol system. Generally they were used for mining & construction, as well as for agricultural labor. However, with the number of Ilesska forced to work building - and sometimes even designing - military craft for the Fringe Colonies gave them the training and experience to create their own craft once the Ilesskan Rebellion started several centuries after their initial creation.

Disclaimer: Not all my art will have a corresponding entry on FA due to technical limitations in how I wish to present the works.

For all intents and purposes, Weasyl is my primary art site now. If you can, it is preferable to leave your watches/favorites/etc. here, as you will miss out on non-FA posts (which will generally be larger and oriented towards providing information on characters & species).