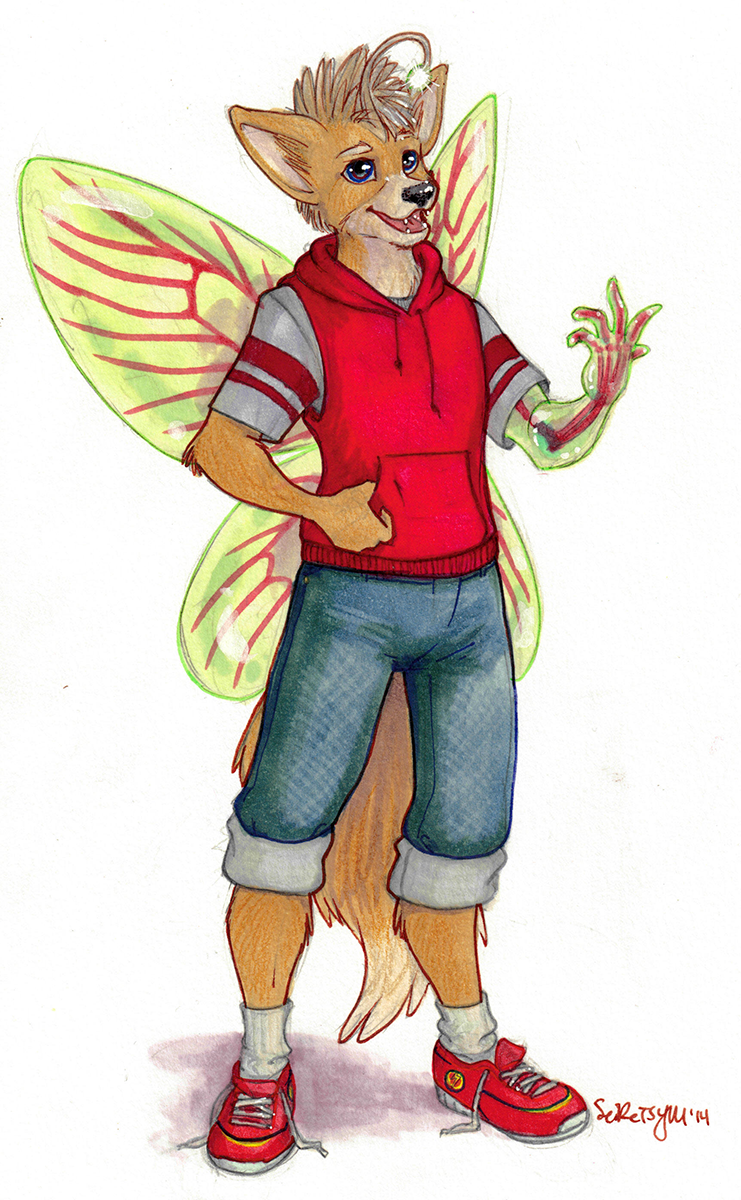 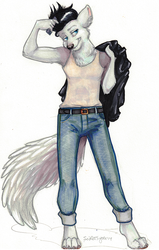 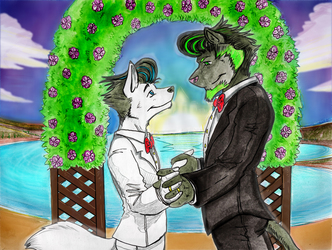 Ah, Kuroyuki~! Pretty old RP character I don't use but he's pretty special to me all the same.

He was created for a StarFox RP where the premise was to axe Krystal for a love interest that interacted with the setting better, as well as being better developed (and gay~).

Kuroyuki was an amnesiac about Fox's age, but had the emotional maturity of a child. He enters the scene by informing Starfox of an extradimensional invasion, revealing that he has potent psychic abilities...in a setting where that doesn't exist.

He was basically a low-key yandere, initially unable to see any value in anything but Fox, and unable to explain his attachment to him, but as he matures and adopts his values system, the two grow fairly close.

The ultimate truth of Kuroyuki comes out when he begins to mutate into something entirely not of this world; something resembling the extradimensional invaders.

He didn't have amnesia, he was just new. Kuroyuki was a piece of sentient wave-form. The "Out of This Dimension" level of classic Starfox 64 was Fox entering it's headspace, and a piece of it pursued him back to Corneria to escape loneliness.

The invaders are just the remaining fragments looking for their core.

Fox McCloud: Will you lose another person you love to war, or will you keep them safe, even if it means genocide?