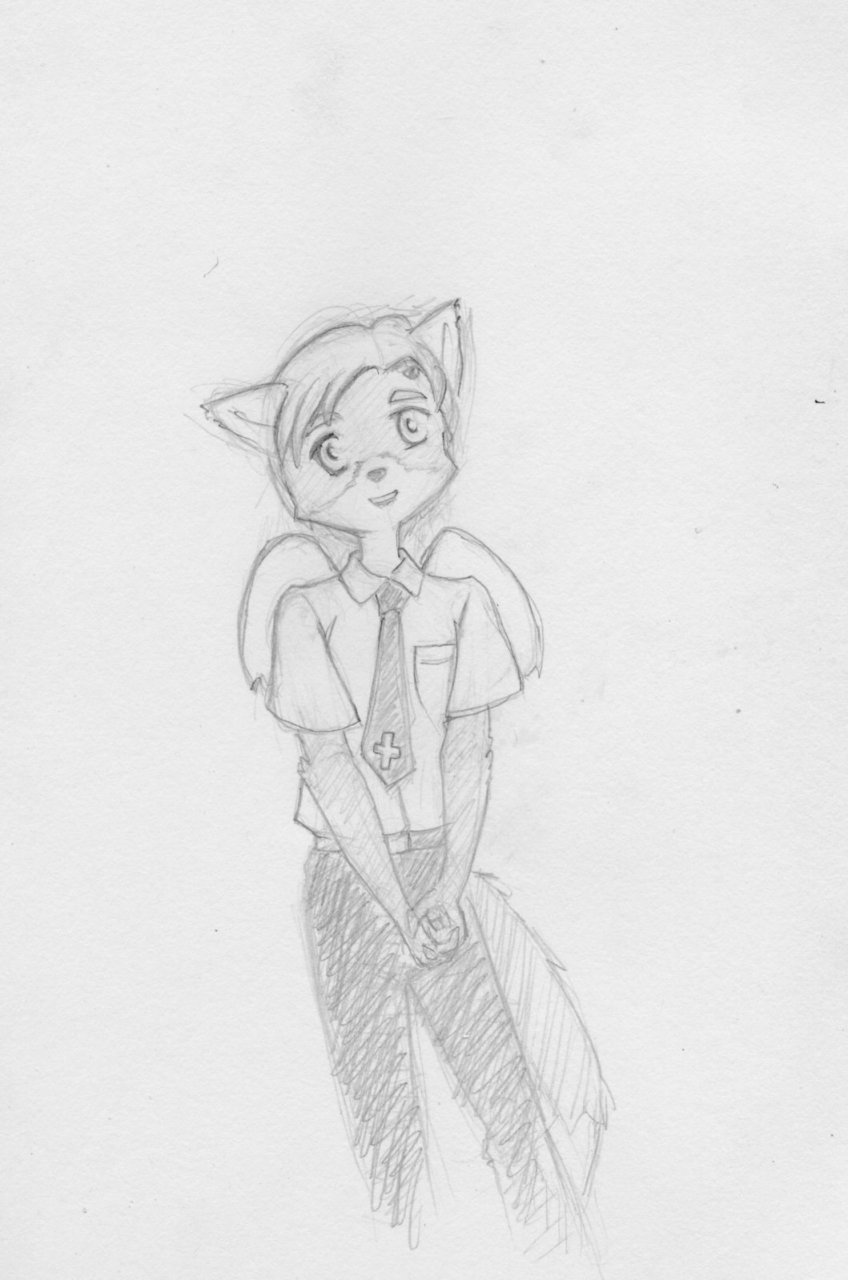 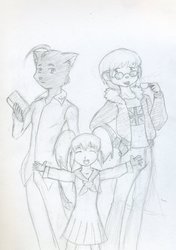 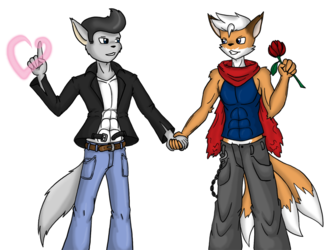 This is Milton, a small-bit character, but one I love a lot. He's a cute little fifteen year old fox, bearing small demon horns he tries to hide, and small angel wings of which he's proud.

Milton is a half angel/half demon hybrid, and is still a complete inverse of the tropes usually associated with this instant-Mary Sue mixture. For one thing, instead of alloting him immense super cool magical abilities, they...cancel each other out. His healing magic, for example, is rendered trivial due to his demonic side.

Raised in heaven by Lord Seraphiel, a high angel, after he had been orphaned, Milton has a chipper, upbeat, friendly and kindhearted attitude that makes most other angels gag.

He's really, truly hopelessly naive, to the point where he's a helpless Love Freak who's honestly too dumb to live. Although he'd rather be pure angel, he uses his demonic heritage as motive to befriend demons, since surely they'd get along with him! This has gotten him near-murdered countless times.

Really, the only reason anyone keeps him alive is, not only is he adorably sweet and lovable, but even though he has no power to speak of, devouring him will grant someone apocalyptic power due to his forbidden birth. So he sort of gets kidnapped more than Princess Peach.

His introduction in the story happens when he's summoned by a death metal rocker, playing with the occult and trying to summon Satan because it's cool. He got this instead, and now he's stuck with it. It's totally ruining his hardcore badass rep.