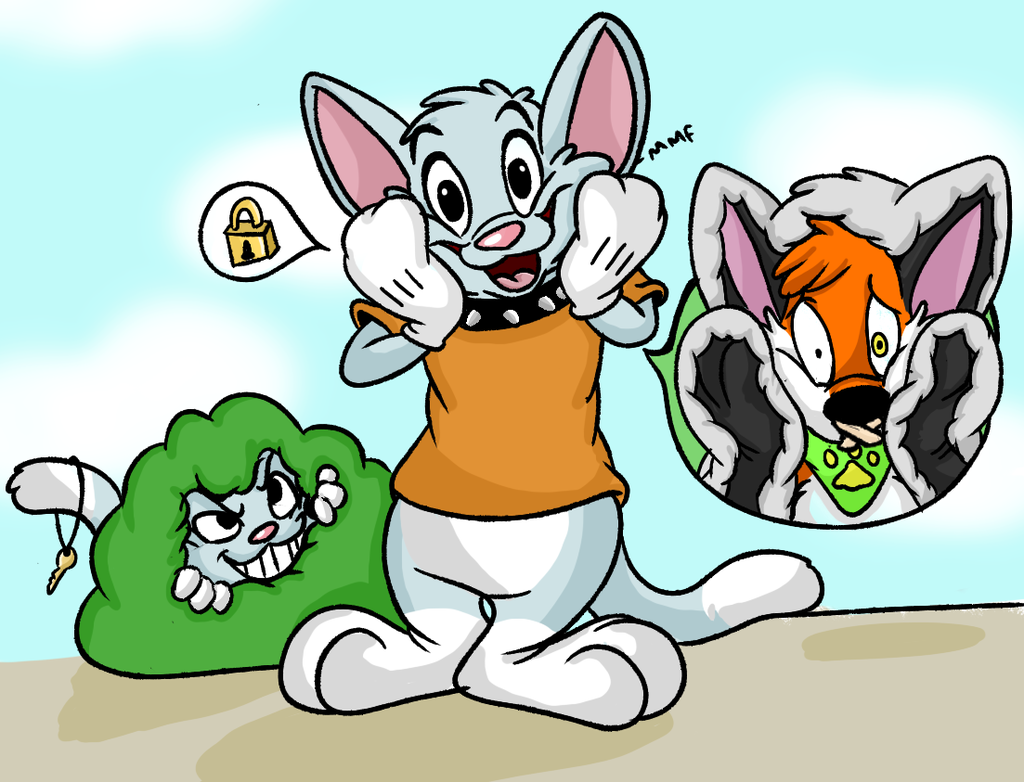 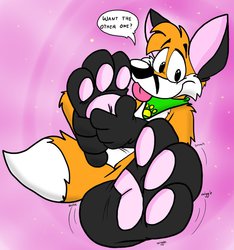 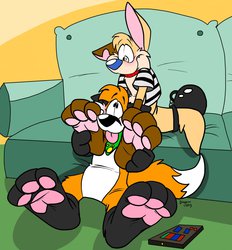 When it comes to toony mischief, catonthecouch makes for one terrific victim of clever schemes; bonking, blowing up, flattening, puffing up, you name it! Unlucky for me, he was doing some scheming himself and discovered how to play the blame-game: by trapping a fox inside of a replica Cat plushsuit, padded gloves, muzzleshut, and locked up tight, with no way for a fox to explain the situation.

Mistaken identity stuff was one of my favorite toony scenarios growing up, so what I can say about having such a thing grow on me. All in good fun, but you know not to REALLY flatten me or blow me up or anything, right? I mean he IS right there hiding in that bush, you know.. right?