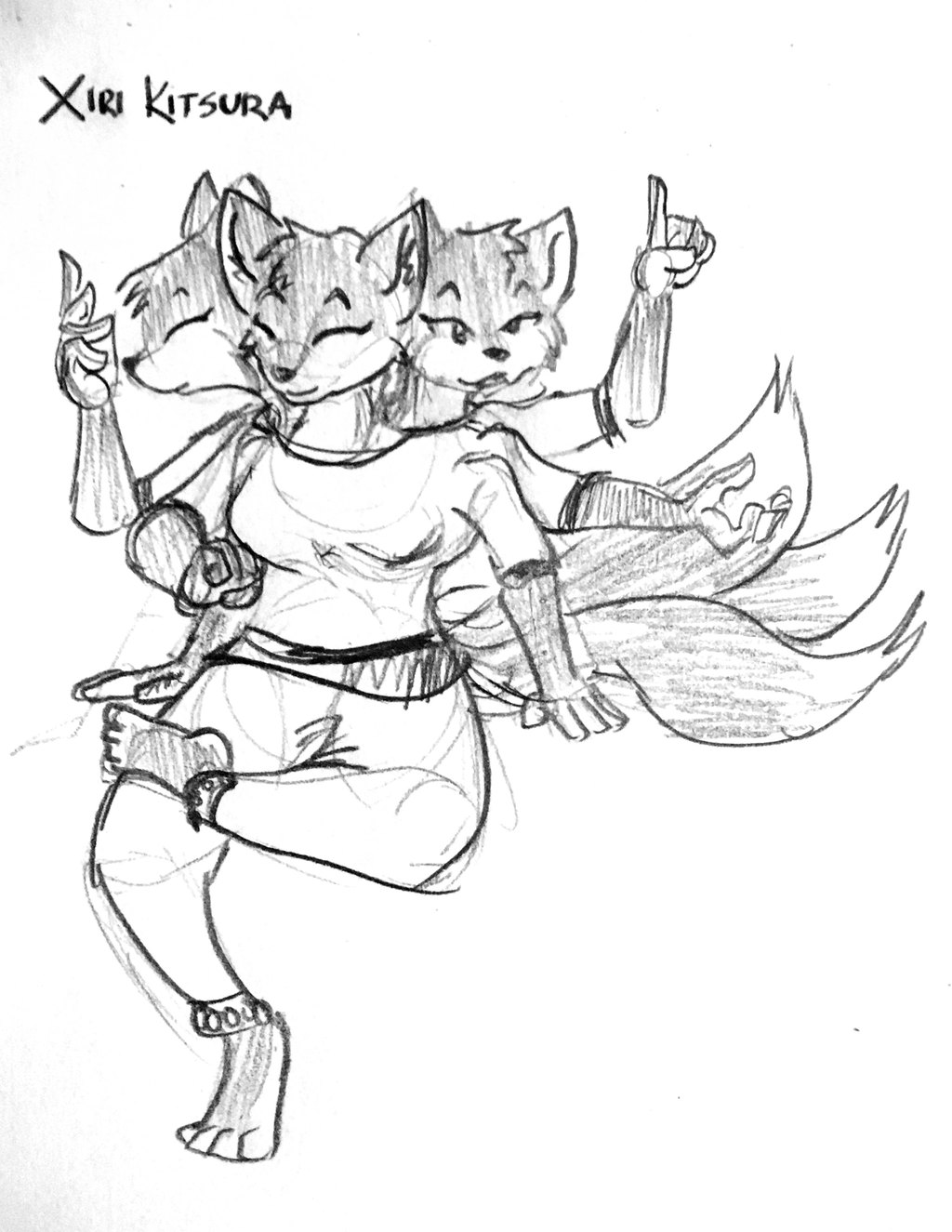 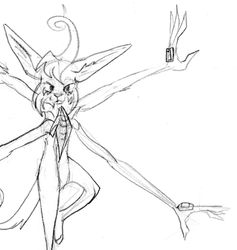 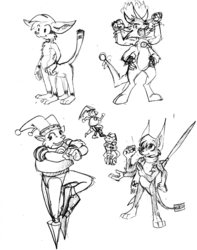 Not anyone connected to an existing story or setting of mine, just an idea that wouldn't leave my head until I drew her. The Kitsura clan are a large extended family of kitsune-variants like Xiri here, all of them with multiples of more than just tails. Three heads and six arms, to go with the three tails, is a common arrangement, but some have fewer and some have even more.
This was a result of some crossbreeding generations ago (their name is from "kitsune" plus "asura"), and being shunned by normal kitsune society has only made their resolve stronger. The Kitsura make an enemy of anyone who thinks of purity and homogeneity as goals, and are allies of hybrids and mutants everywhere.