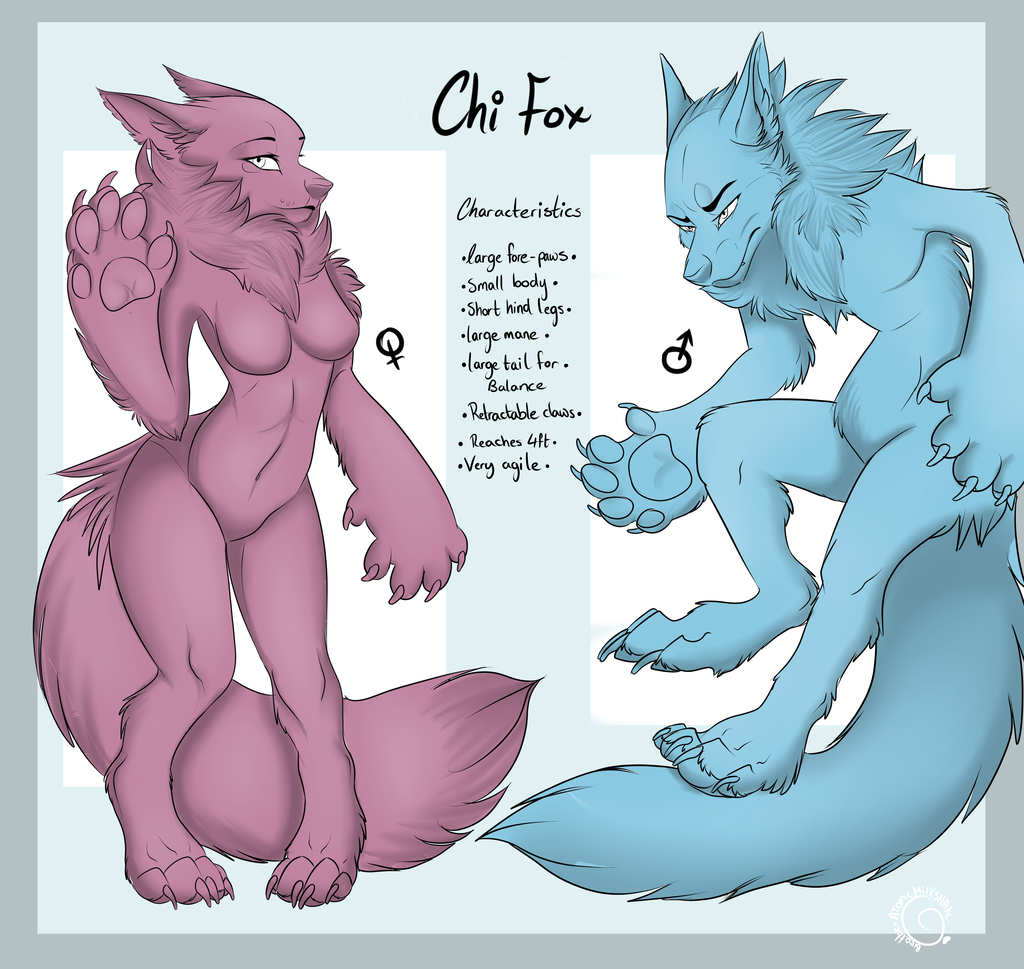 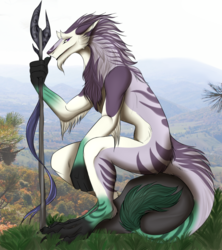 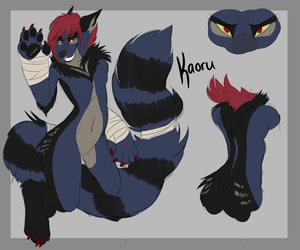 I'm bringing back this species I had come up with about 2 years ago and giving them a purpose x3 What do you guys think?

Please Note: This species is (for now) a closed species.
---Under Construction--

Chi Foxes are small, canine like creatures that grow to reach 4 foot. Although they are named so, Chi Foxes do not have a trace of fox in them, it is purely because their faces resemble a fox. They have small bodies, with large fore paws specifically used for fighting, and short spring-like back legs which make them very agile and bouncy. They reach about 4ft at maximum when they reach adulthood. They have a large mane that grows around their neck, the texture and length can vary from Chi Fox to Chi Fox. The also have a long, thick tail which is mainly used for balance and assistance in climbing as Chi Foxes are excellent climbers and often live among the trees. Their tails are strong enough to support the entire Chi Fox's weight, and they often like to balance on it when meditating or sleeping.

Chi Foxes are often calm creatures which never really pose a threat to other animals. However, they like to join each other in combat as fun or when competing for a mate. They are well known for their fighting skills and this is one of there most individual traits. Chi Fox parents train their young to fight so that they can compete and fend for themselves in danger. They use their large 'club-like' paws to box their component. Their claws are sharp and can cause deep cuts. These claws are retractable, much like a cats.