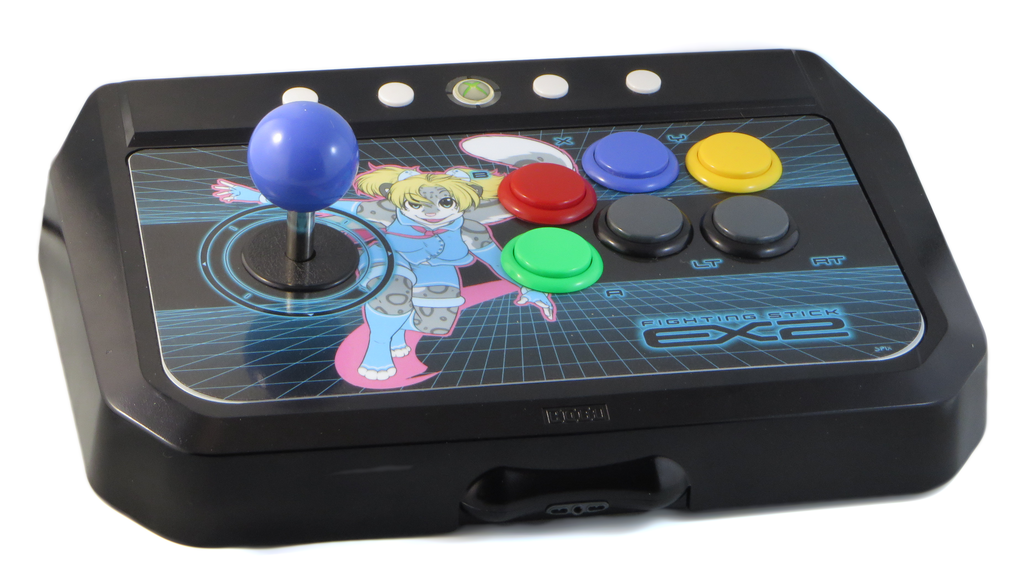 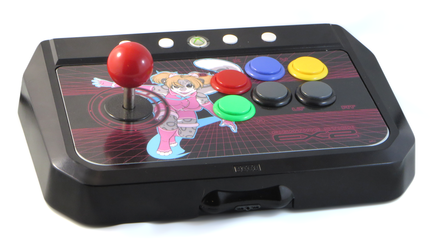 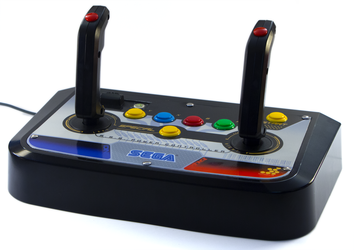 Art is all thanks to

To recap, they started out as white with some green in an Xbox 360 color scheme, had square restrictor gate for the joystick and the buttons were cheap and sorta mushy. Restrictor gate replaced with a Sanwa GT-Y octagonal gate that needed some modification to fit. Buttons replaced with Sanwa OBSF-30 30mm push buttons. And the joystick ball tops were replaced with Sanwa LB-35 ball tops to match the new color scheme. All of these are actual arcade machine components. We repainted the controllers from white to black using Dupli-Color vinyl dye mostly used for automotive applications. The artwork was a custom commission from an artist, then applied to styrene sheets that were laminated, adhesive backed, and CNC cut by The Print House. The steel plate that the art goes on had to be widened to take the slightly wider Sanwa buttons