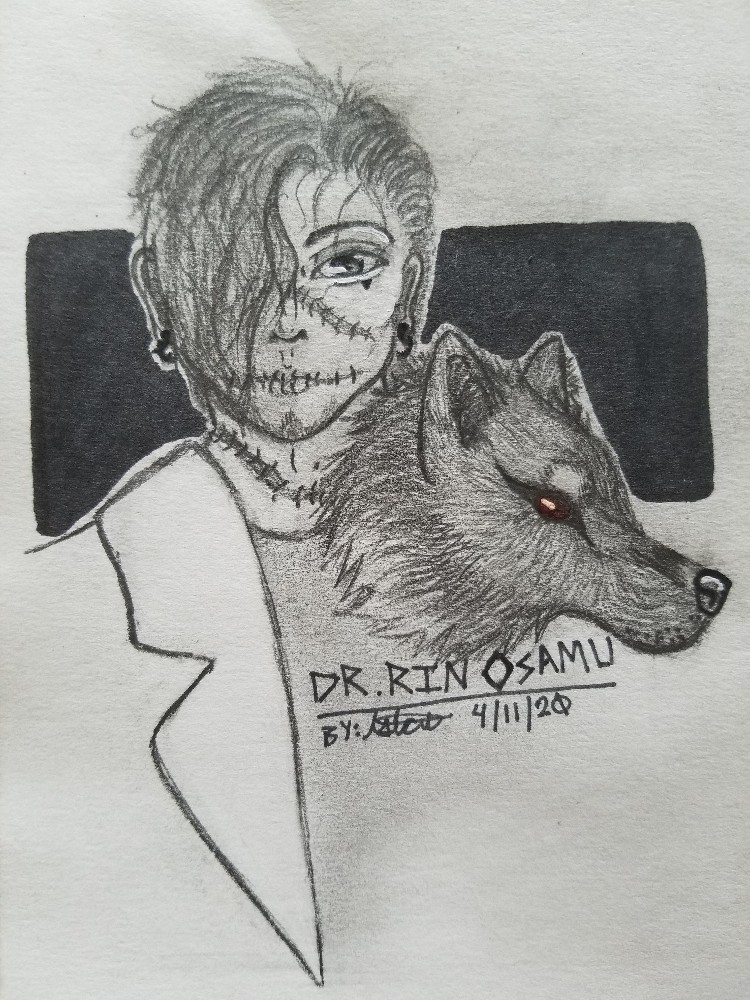 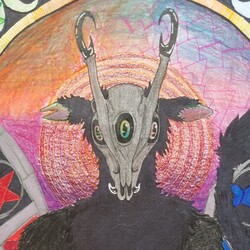 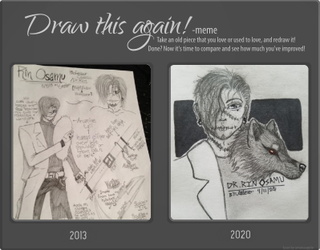 This is Professor (or doctor) Rin Osamu, a color splash sketch bust based off the only other drawing I have ever done of him - I'll post the Draw this Again Meme for him after this one. He's a bit of a mad scientist/doctor/professor all wrapped into one. He's set in a post-apocalyptic world and upon his introduction, he's a criminally insane surgeon. He employs taxidermy into his fashion, and he wears that lab coat on only one shoulder. He's a very Dr. Frankenstein meets his Monster type character, but when kept on a leash (which luckily for the world he is by my fiance's character's father) he's capable of incredible medical feats. Fun fact! I originally made him up for a post-apocalyptic Pokemon role-play!

I'm not sure if it comes across, but I was trying to make him Korean with big, almond-shaped eyes. I think he may look more on the anime side, but anime and fantasy are both major influences and I'm only going for semi-realism, so you tell me - is it too anime, or does it seem just anime enough? Does the Korean in him even read? On that note, if the maw of the wolf looks a little funny, it's because it's only the top jaw, no teeth. Hopefully that reads as well.

This is my second piece in my Iron Artist challenge, where I'm attempting to draw 100 of my OCs. I'm really proud of how far I've come, particularly since I have been neglecting my art more than I'd like to admit the past several years. This sketch is the first piece I officially timed, which I'd like to start doing more. It's not something I really care too much about now, but later when I have a better grip on my style an anatomy, I think it's something I'll want to start focusing a little more on. I hope you like him! I look forward to drawing more of this crazy mofo in the future haha

Feel free to offer some constructive critique so that I can improve in the future!

Known flaws: The eye on that wolf is not very anatomically correct | Rin's Gauges aren't even at all | He looks a little more anime than Korean and I can't put my finger on why :c