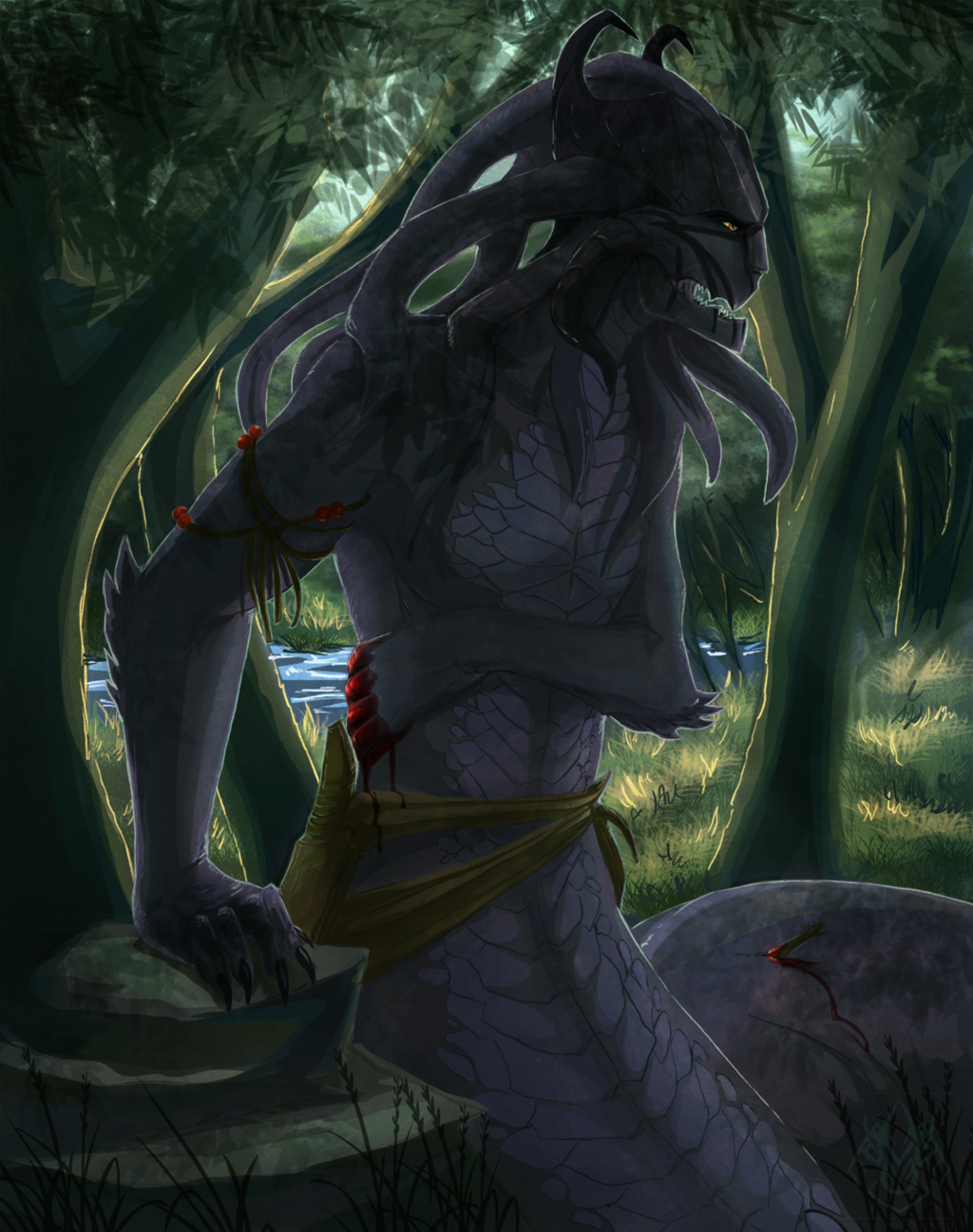 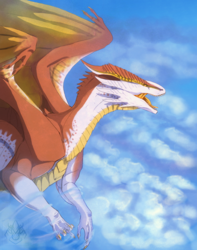 I would have titled it Escapeeeeh and everyone would have to say it in Dory's voice but it would take all the seriousness out of this scene so I apologize but serious illustration needs serious title.

Wounded and afraid the young warrior had to brace himself against the stone to catch his breath. Blood began oozing out of his wounds. He held onto the closest one on the side of his torso. The other was his first and he only managed to break most of the shaft off, but the arrowhead lied deep in his hide. The other was a slightly more than a graze wound when it tore through muscle and skin and impaled into a tree. It would have been his death blow if it were higher and aimed at his lungs. He couldn't stay for long. He had to keep moving. So close to freedom, so close to reaching the world beyond his home where rarely one of his people ever ventured. Most never returned. He wondered if that were to be his fate. His story forever muddied and clouded by lies that his brother successfully conducted in but a moment. A moment he could have prevented, but perhaps if stronger and one day return.

Maurus is my bebe. My naga/melusine. My prince in my sketchbook. He deserved a big scene and perhaps more in the future. But ya. Here you go.