"Good men don't need rules. And today is not the day to find out why I have so many." - Doctor Who

A (Mostly) Gay Ice Tiger, A TechnoMancer, A Mage and A Passionate and Sexual Amur Tiger Timelord. Magically Cursed with Sterility as part of the Curse of Pythia. (Which means, there is nothing biologically wrong with him.)

As a Timelord, he is known as The Reaper for pulling people from timelines they don't belong in at the moment of death and giving them a new chance at life in the timelines they belong in.

MaxKittyPaws, and I won't stray from him. Please respect us and not try to get between us <33

Most recent: Arsen and Totalus as done by Tahti 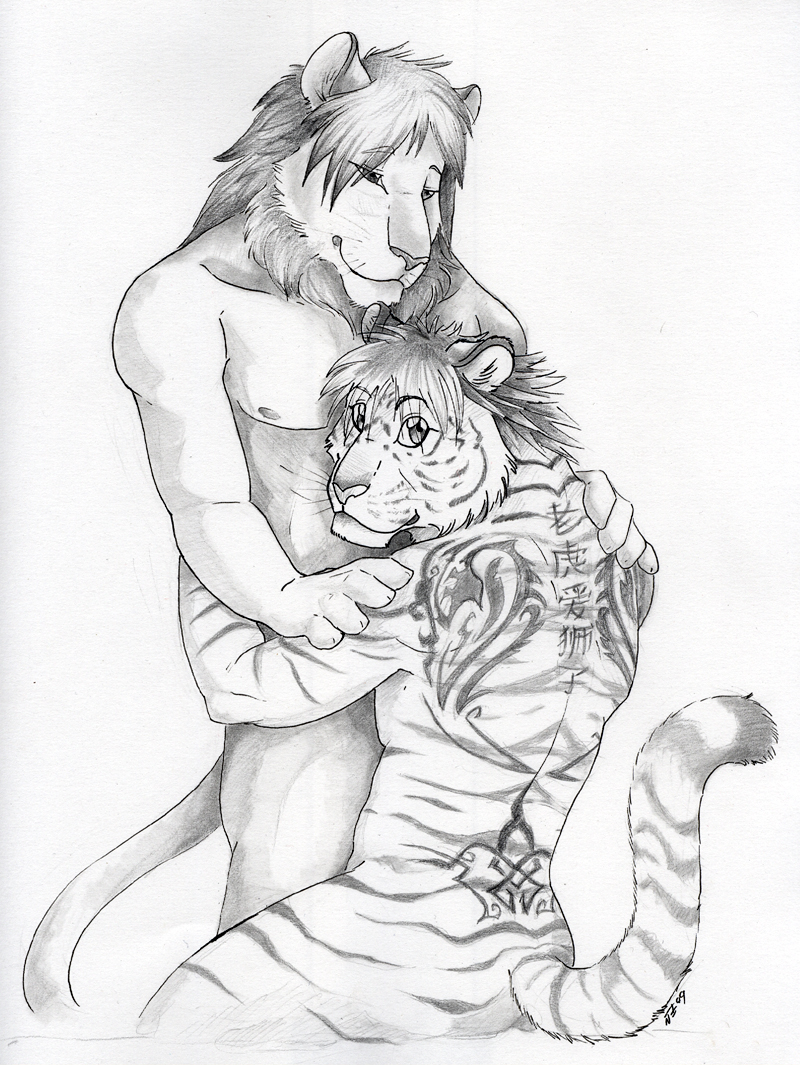