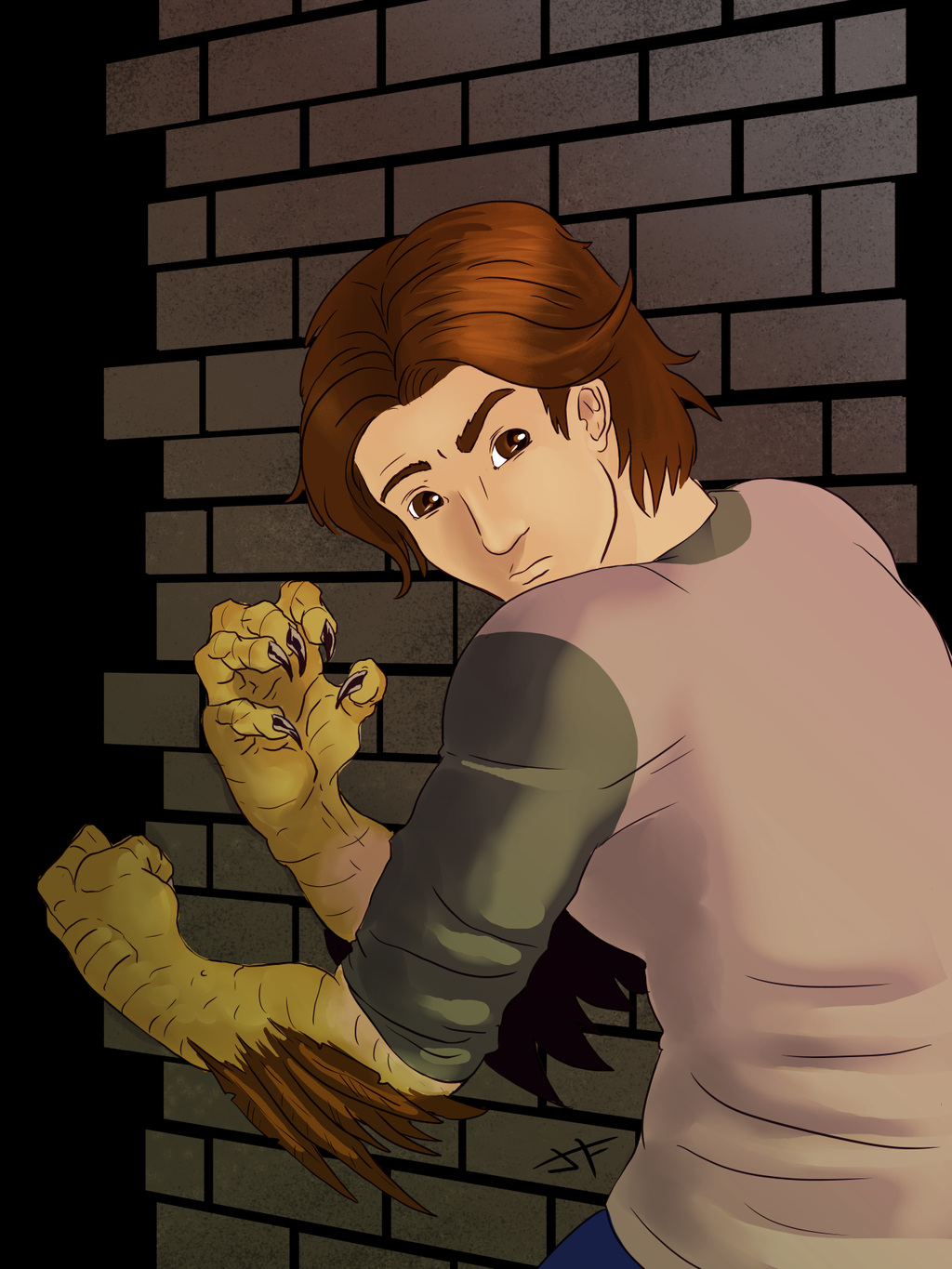 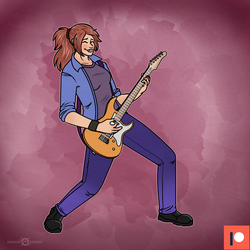 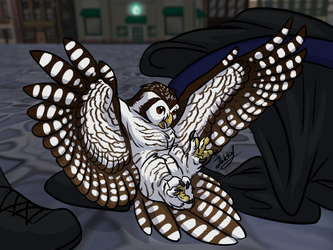 So Richard is a Wildtouched, which means he can shapeshift into a single alternate animal form, or an anthro thereof. His form is, of course, that of a red-tailed hawk. While he can shift clothing with himself, Wildtouched aren't openly known on his world, so he has to maintain a low profile when shapeshifting. Consequently, he can't use flight to its full potential for a few reasons, including this, and when he shapeshifts back at his destination, it's often in alleyways or other out of the way places that he can hide in.

Here he is, furtively glancing over his shoulder as he shifts back in an alley, making sure nobody saw him and can now expose him.