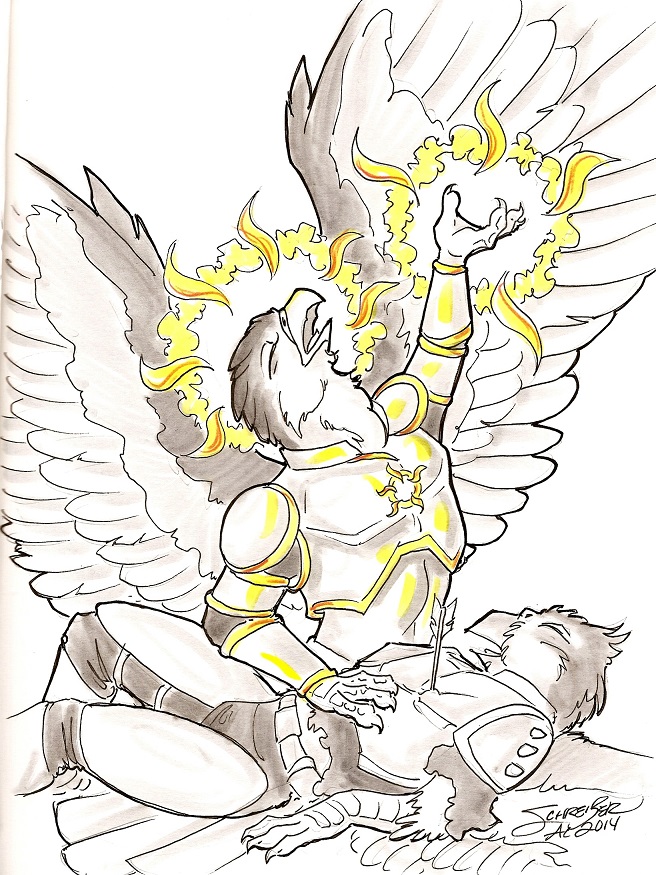 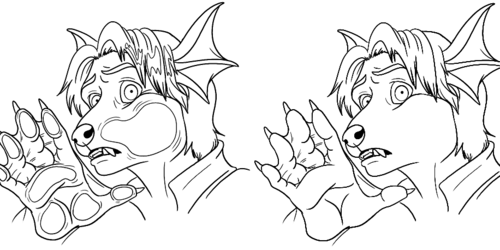 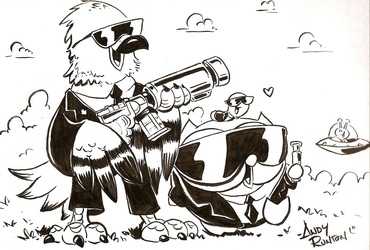 One thing I've gotten less art of is Thenyr fulfilling more of his 'priestly' duties. Praying, ministering to the people, and such. As a fantasy cleric, this does mean he gets magic powers, and this idea came to me the last day of Anthrocon. One of the core duties of Thenyr is healing people in his village, both those who have been injured and those who are sick. Injury comes in many forms in a bronze-age village, both accidents and hostile action.

In this case, this poor warrior has been wounded and the only recourse left for Thenyr is to call out to his goddess, Faenya, asking for her assistance in treating his wounds...or helping his soul to the next world, as it pleases her.