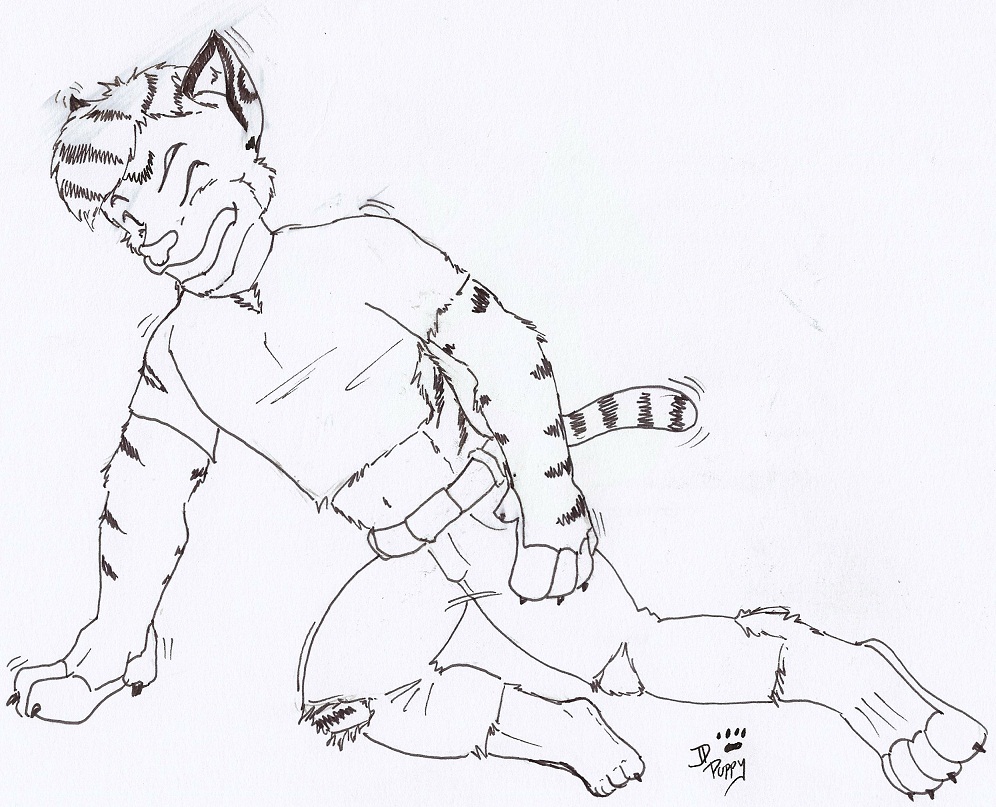 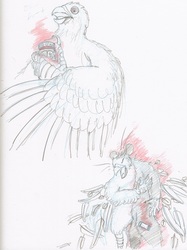 At MFF2008, I met JD Puppy! He liked some of the art I'd uploaded to FA in the past and was watching me already...he was more than happy to draw in my sketchbook on Saturday.

Now, JD's a friendly guy, nice to talk with, very personable, and as I found out that day, extra-awesome. He drew this picture of a tiger TF in the book, and I would've been happy with that. But towards the end, he smudged the ears a bit. While it's kinda obvious in this scan, it's actually barely noticeable in the sketchbook itself unless you know what you're looking for. But because of that, and because he was having fun, he decided to draw another take on the same idea!

Art drawn by   JDpuppy at MFF08