Taking a study break... by ArrowQuivershaft 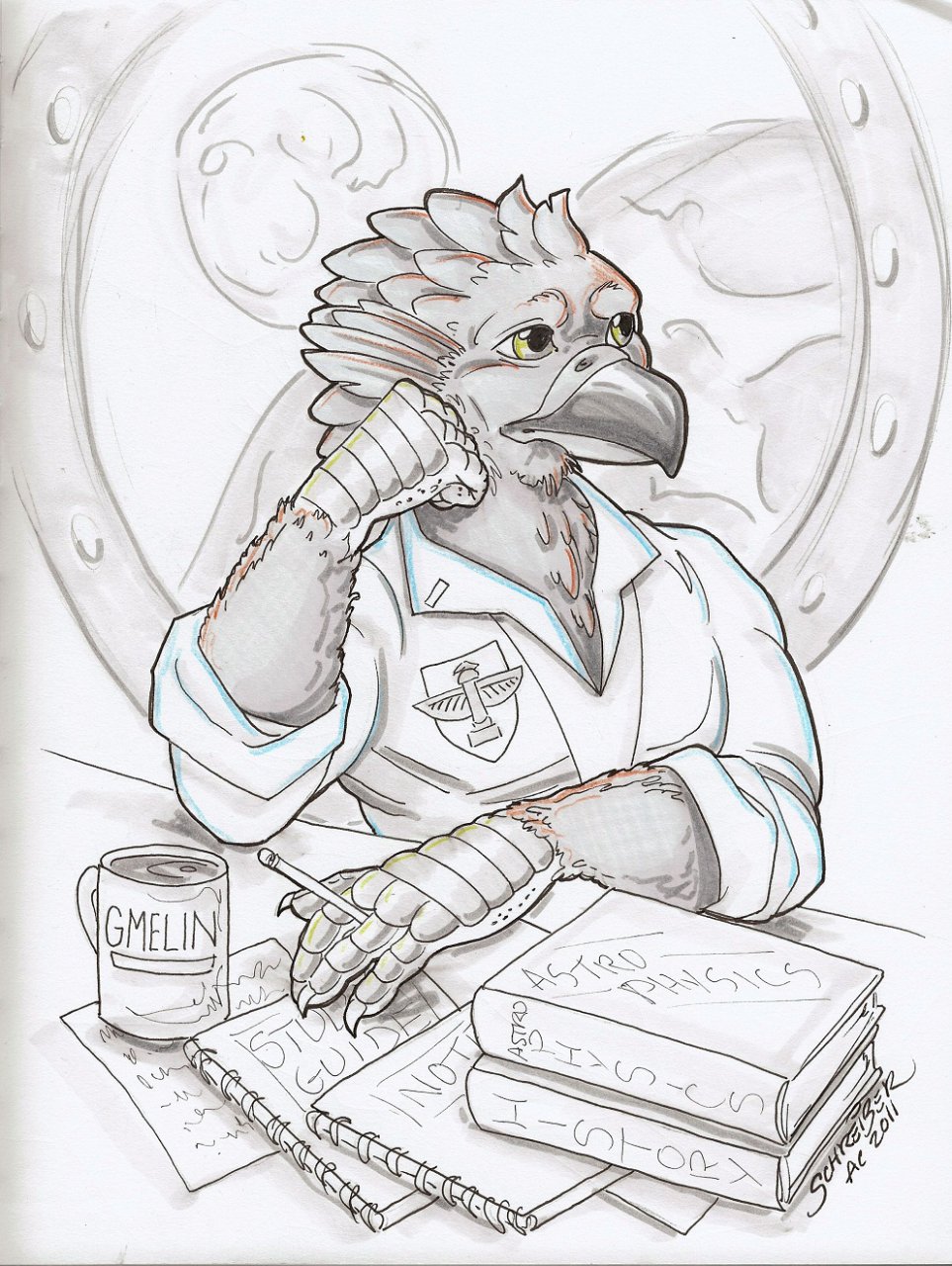 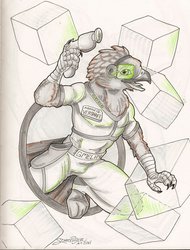 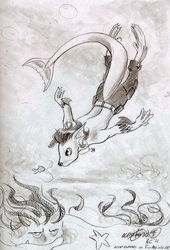 After four years in the AGATE program, Vershaft has gotten an excellent education in every area of study and several others, emerging with a strong skillset and a massive head start heading back down to Terra Buteo for further schooling and then a job.

Having moved up through the 'ranks', he's gotten a better room, one with an external view from the moon's surface and that he has to himself. He's also allowed additional privileges, such as the ability to wear more 'civilian' style clothes and to drink stimulant drinks, such as coffee and soda, by spending Credit Points earned during his time here.

The discipline he's gained here will serve him well, as will the skills, education, and the ability to think on the fly. In addition to just schooling, his unique abilities, inclinations, and talents were cultivated and allowed to flourish, resulting in a heavy knack in working with, repairing, using, and "cheating" electronics and computer systems.

But no school setting is complete without testing, and Gmelin is no different; before he can go back to the planet he hasn't stepped on in four years, he has to demonstrate his capacity in all of his areas for final grades and scoring, in a proficiency test that will follow him.

This, of course, means lots of studying and work preparing, and this runs down even the most diligent student over time; here he is taking a quick break from the studying to reflect on the tests, and what he's achieved here at AGATE. Best of luck to him on the tests!